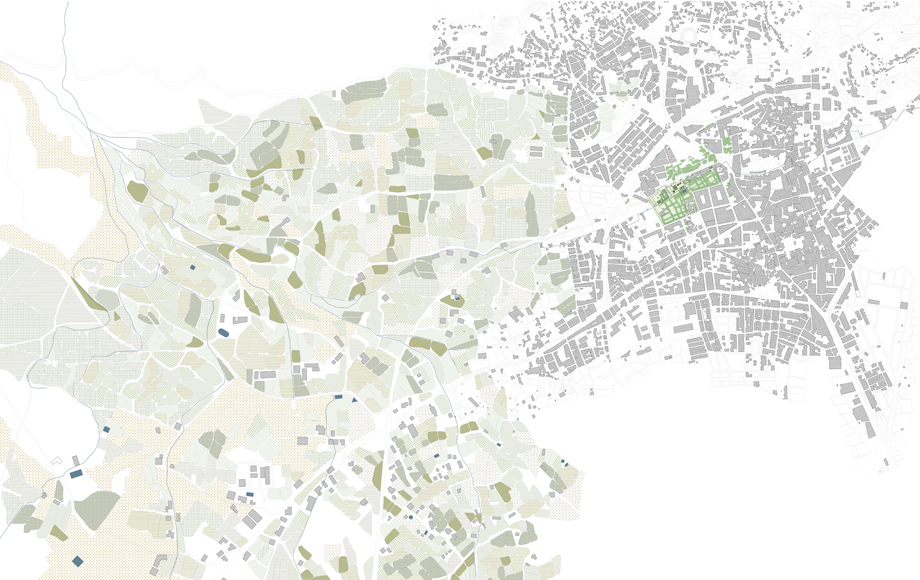 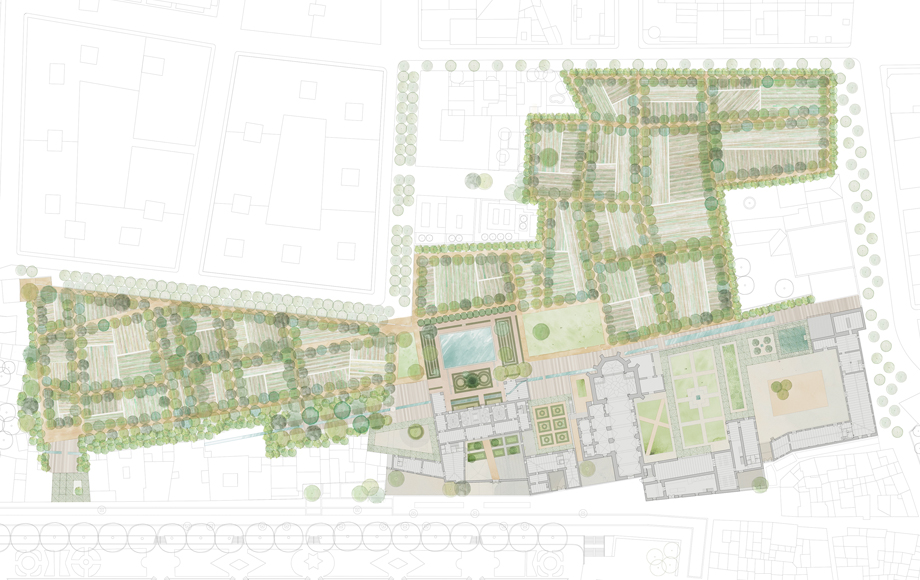 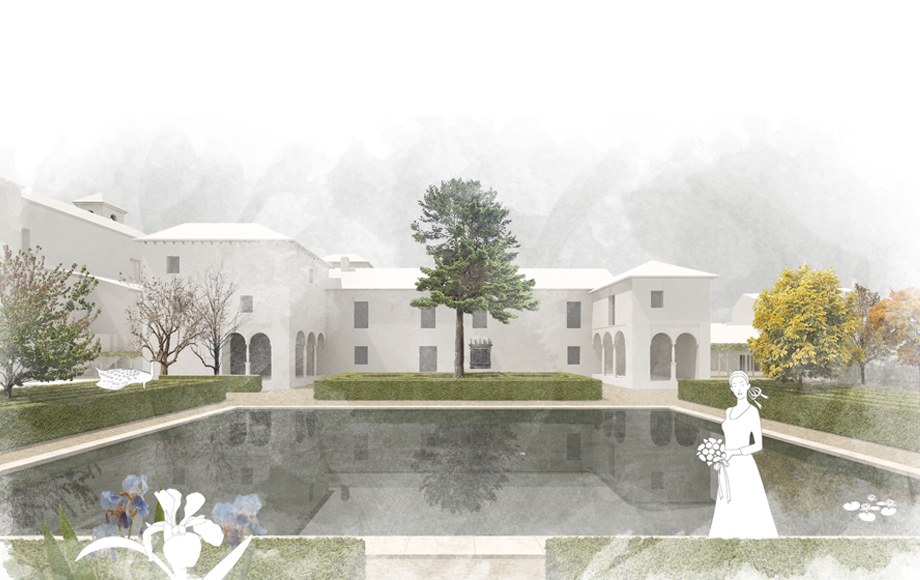 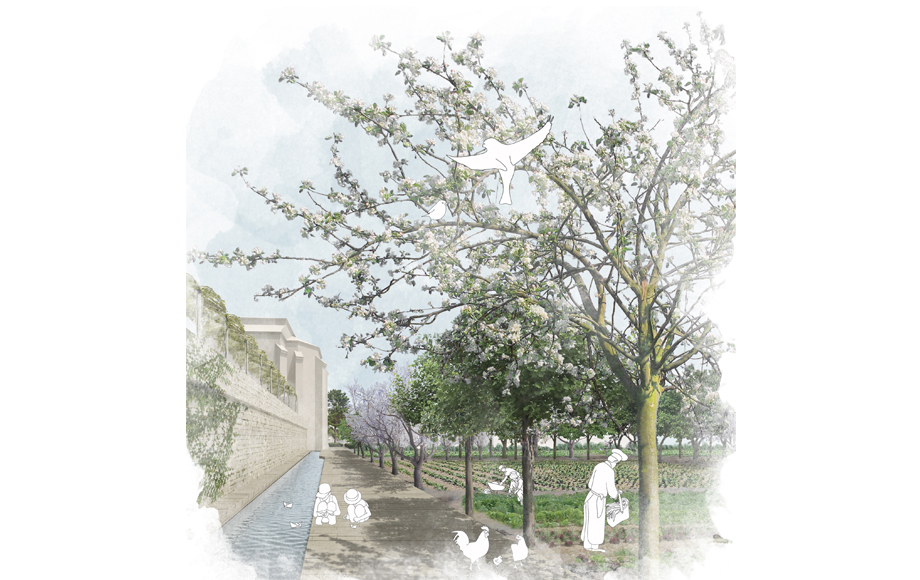 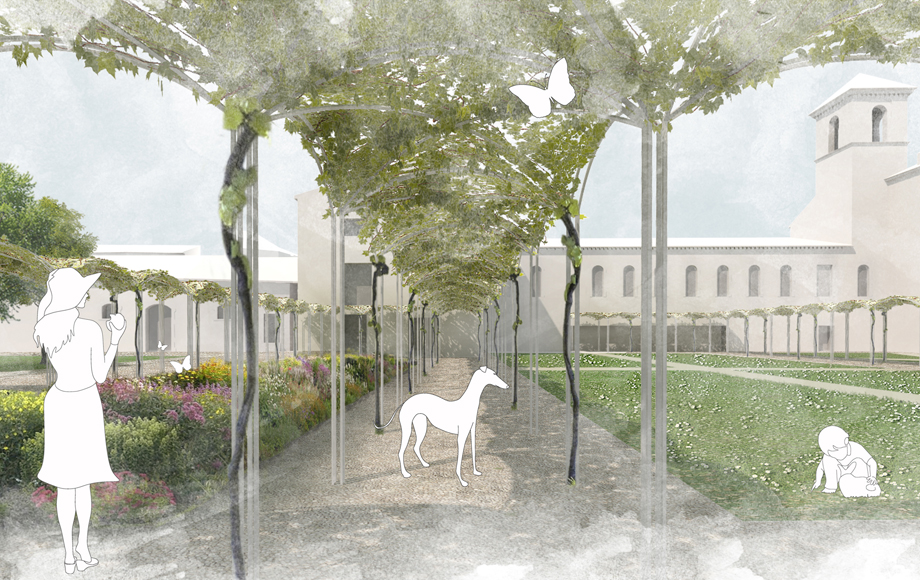 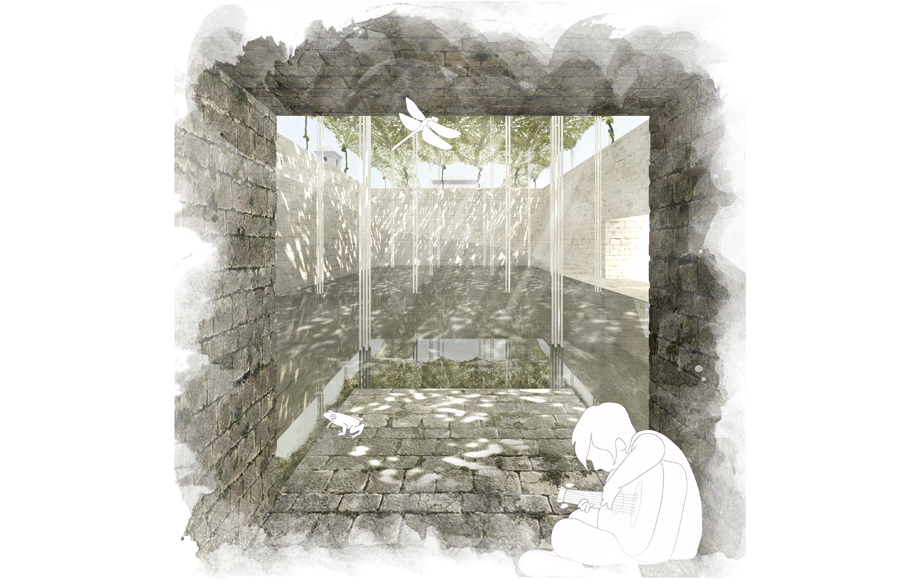 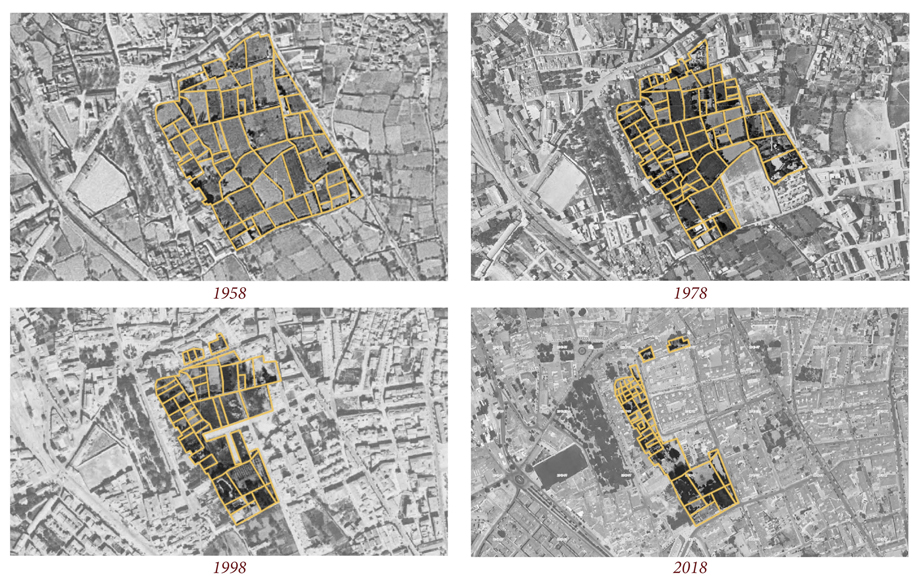 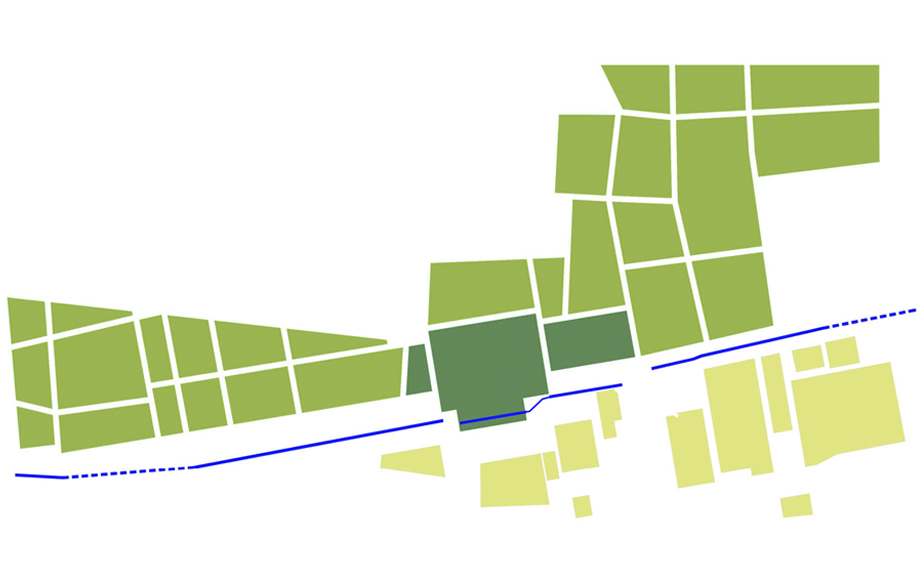 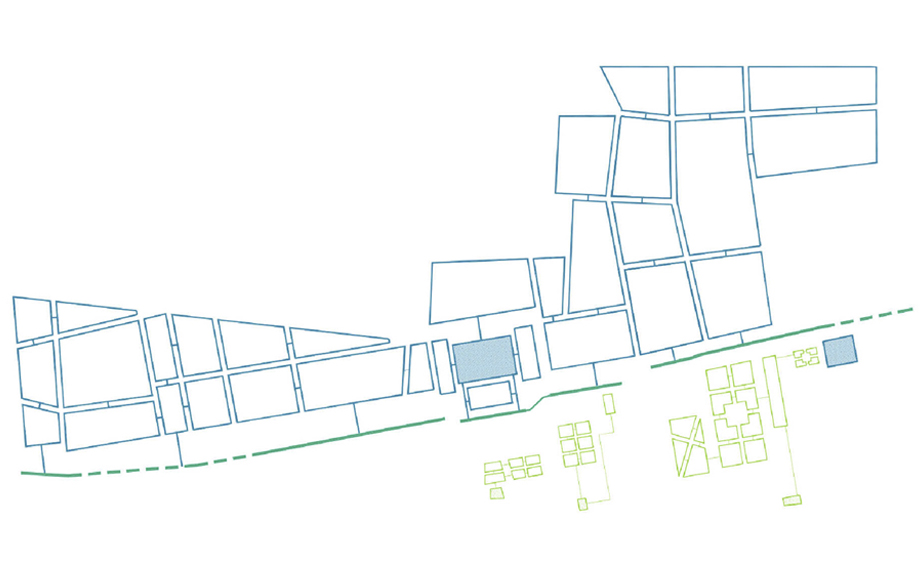 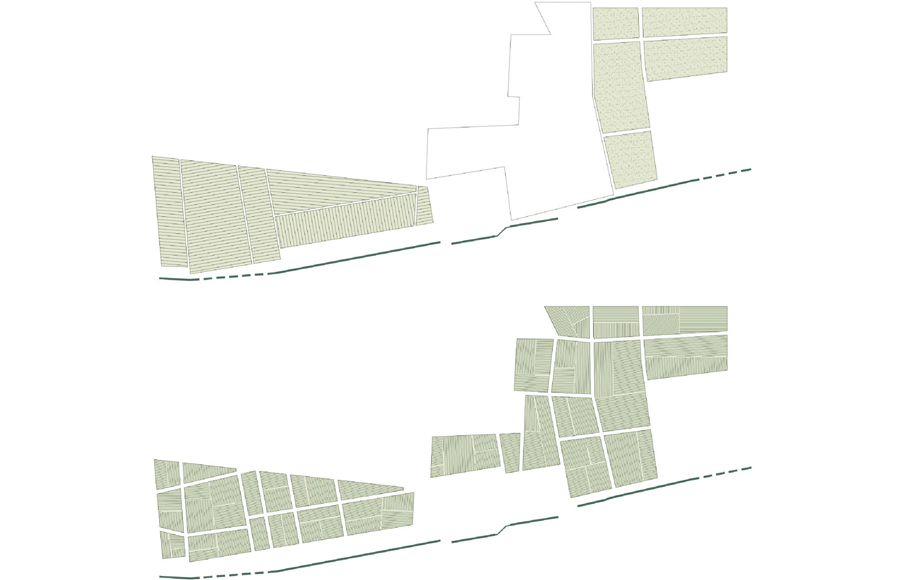 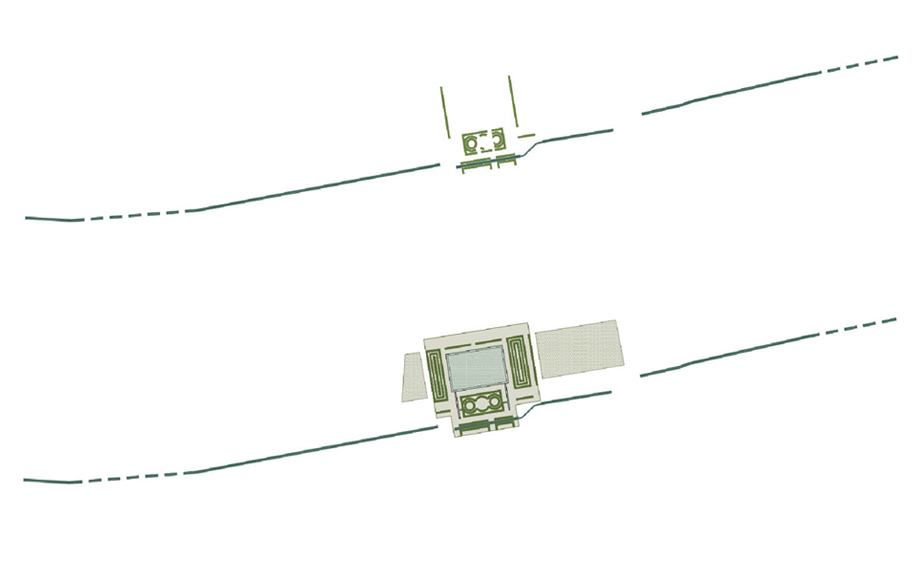 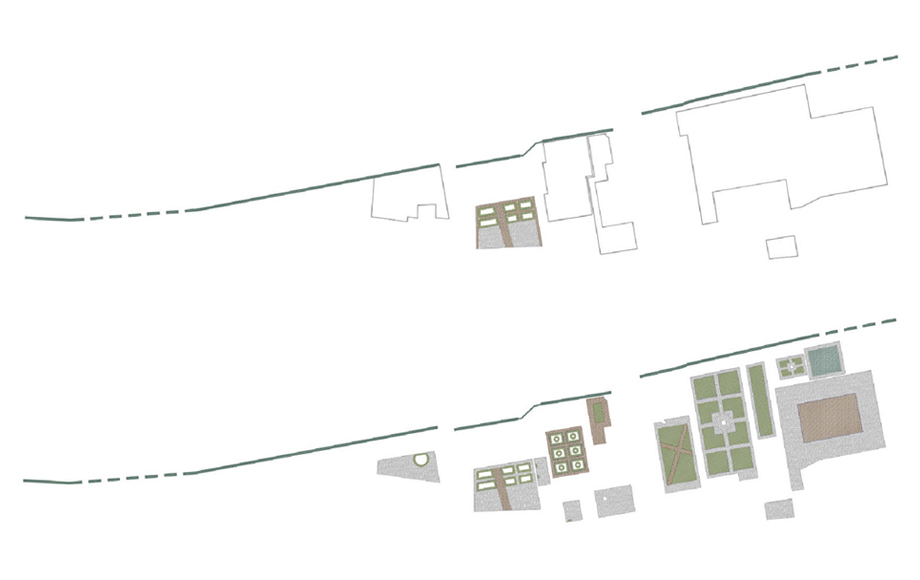 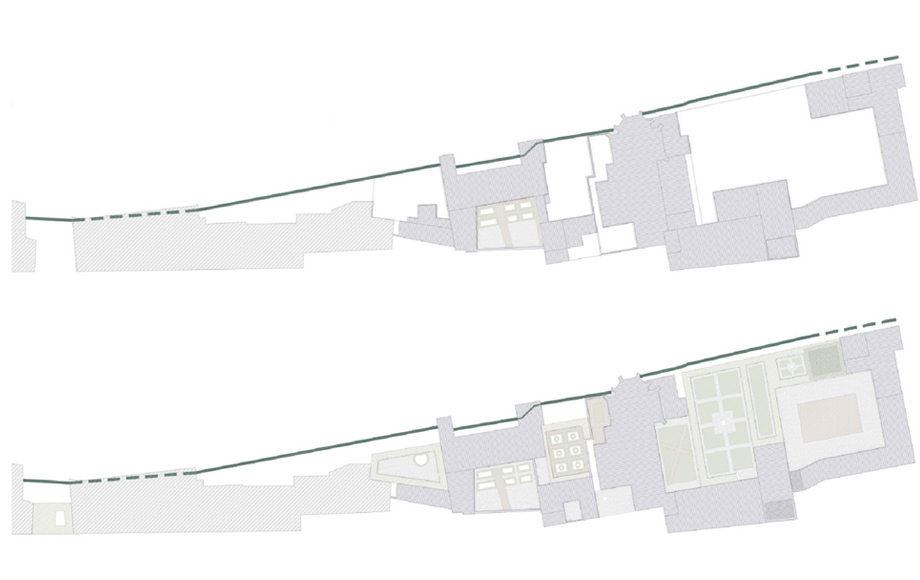 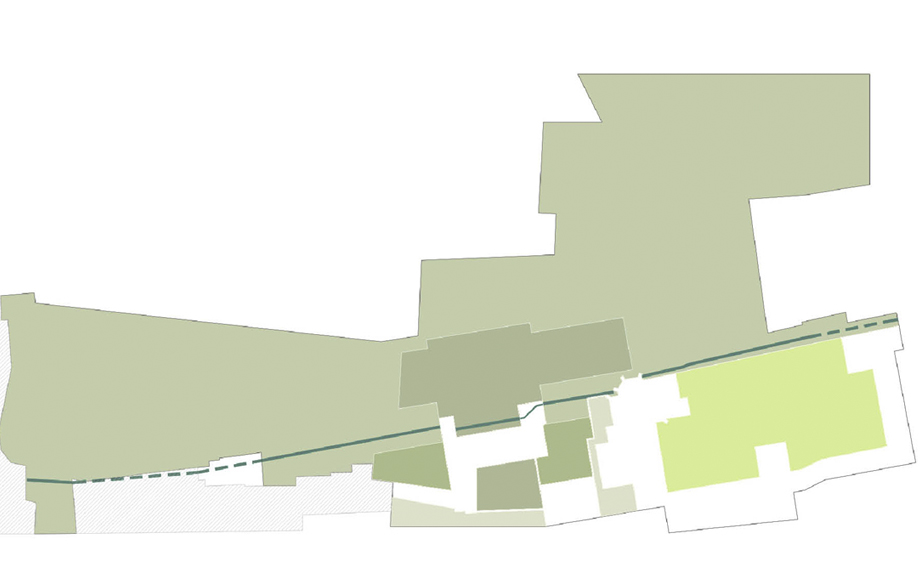 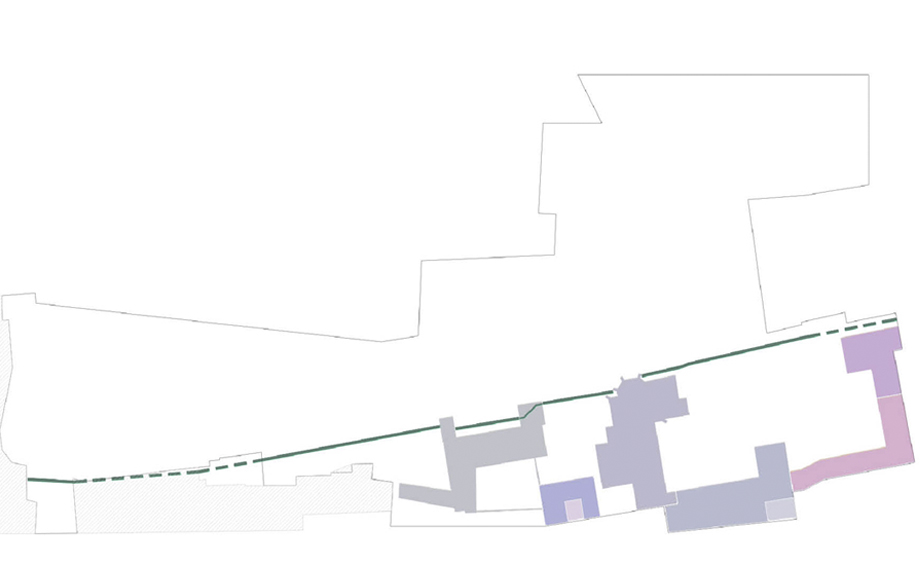 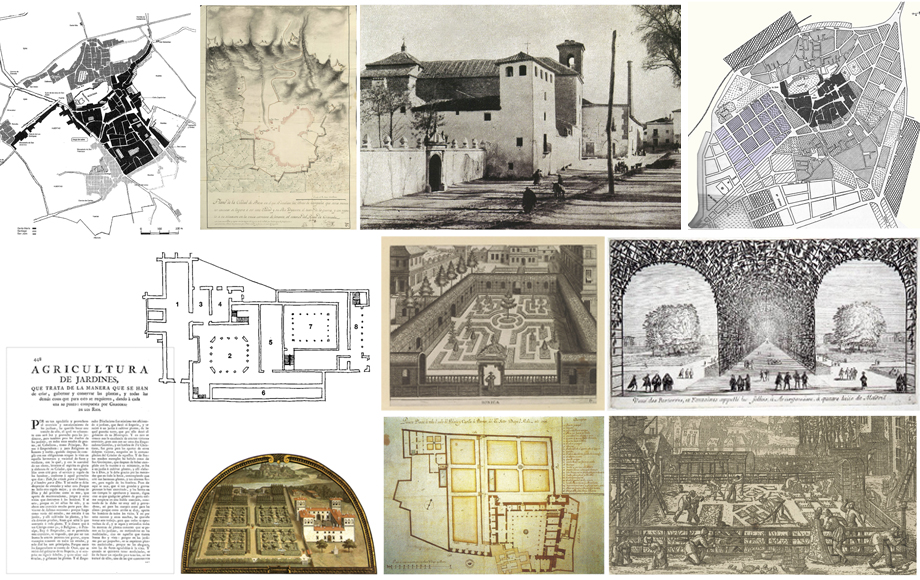 The superimposition of this palace and monastery over the course of the Caz—an irrigation channel that has shaped the territory and generated an idiosyncrasy that still prevails in Baza— is more than a demonstration of power or a unique architectural landmark. It has reached us as a symbol of the union between two cultural landscapes: the complex intertwining of an aristocratic and religious inhabitational program with a productive agricultural system sustained by the powerful hydraulics of the channel.

To preserve the legacy of this heritage landscape and recover a coherent and integrated spatial sequence in this enclave, our approach is based on the concept of “historic urban landscape” (UNESCO, 2011).  Therefore, we propose the creation of the Enriquez Heritage Park. Its goal is to safeguard the remaining un-built spaces, revitalizing and turning them into a green public space fully integrated with the restored historic architecture to ensure the collective enjoyment of the grounds, accommodating the intangible heritage of agricultural, gardening, artistic, culinary and construction trades as inherent aspects of the project.

We glorify the existing open spaces, both the medieval orchards and the renaissance garden of the palace, downhill from the Caz, and courtyards, uphill from the Caz, interpreting the latter as enclosures within the park. The orchard area is extended to the maximum and each plot is delimited by paths and fruit trees. The palace garden is restored, its recreational and irrigation pool recovered. The courtyards are outlined with long arbors covered by grape vines, reconfiguring the spatial and functional relationships between the buildings. The architectures are restored and programmed according to the real needs of Baza, incorporating uses than can be contained and adapted to the available spaces.  The park is connected and integrated into the city and its territory by the walkway along the Caz, the historic infrastructure that made (and still makes) it all possible.

Outline of a Nasrid House