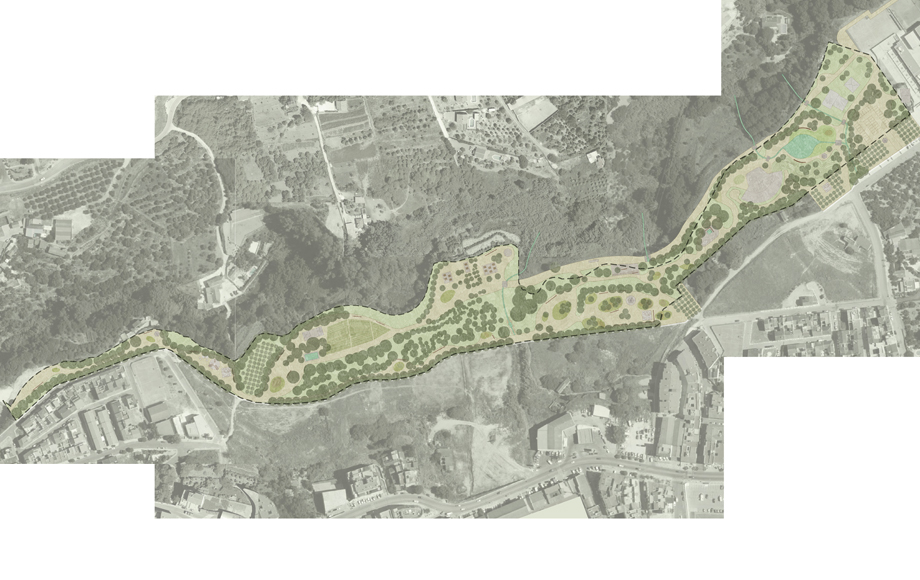 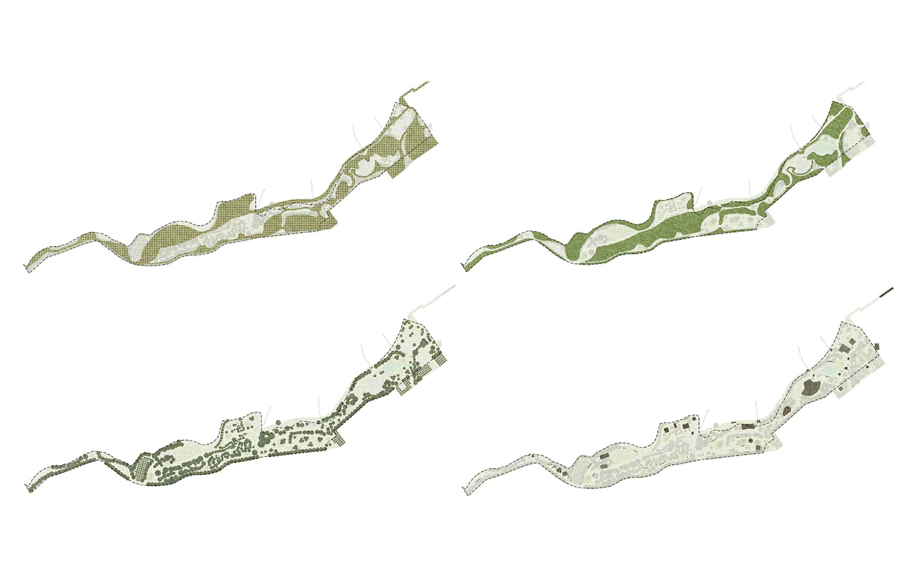 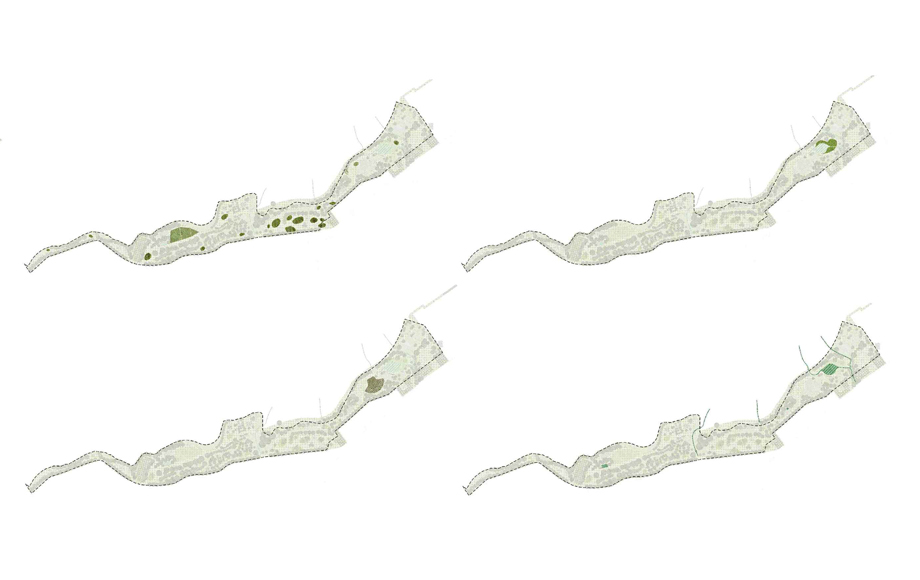 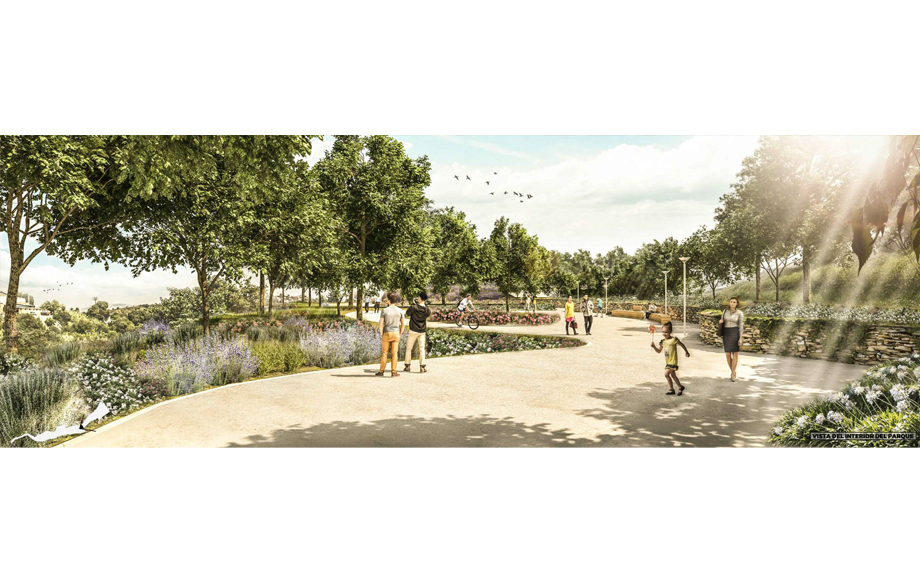 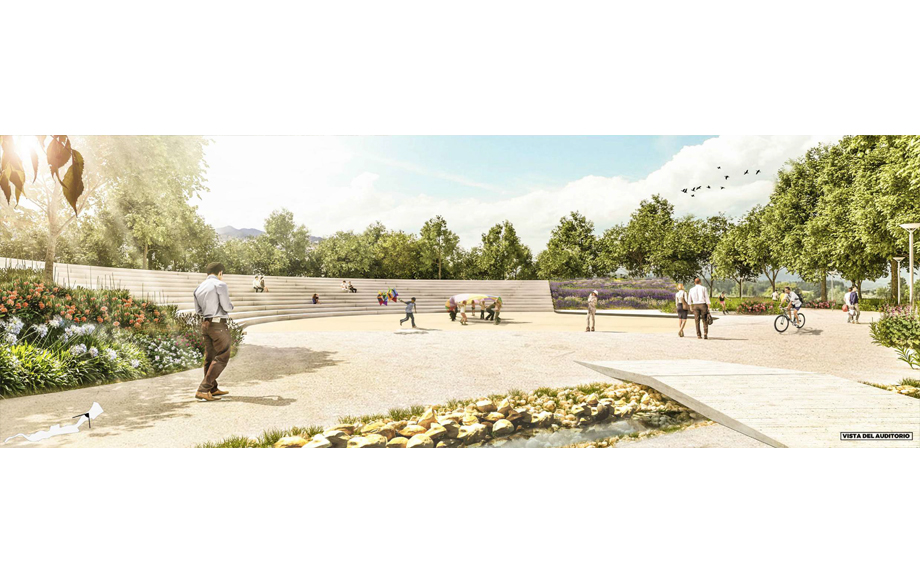 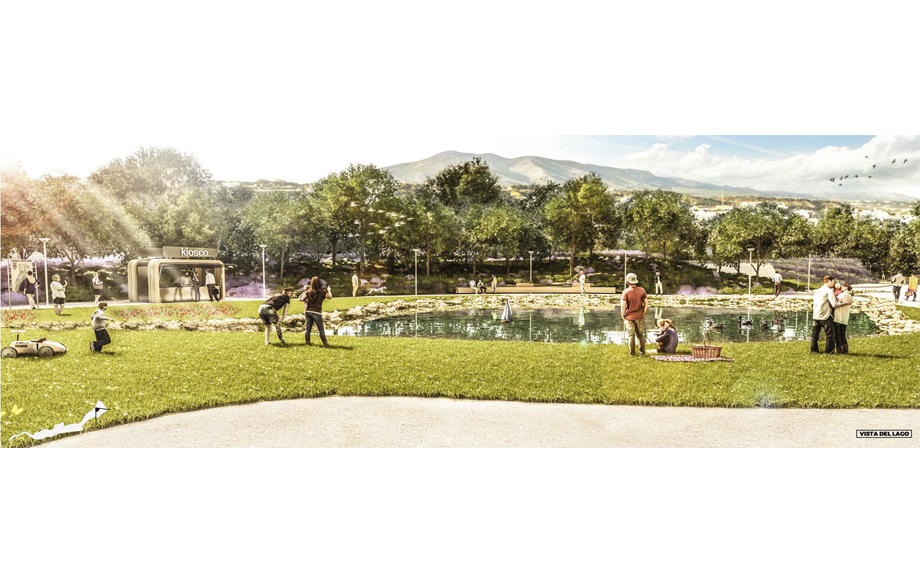 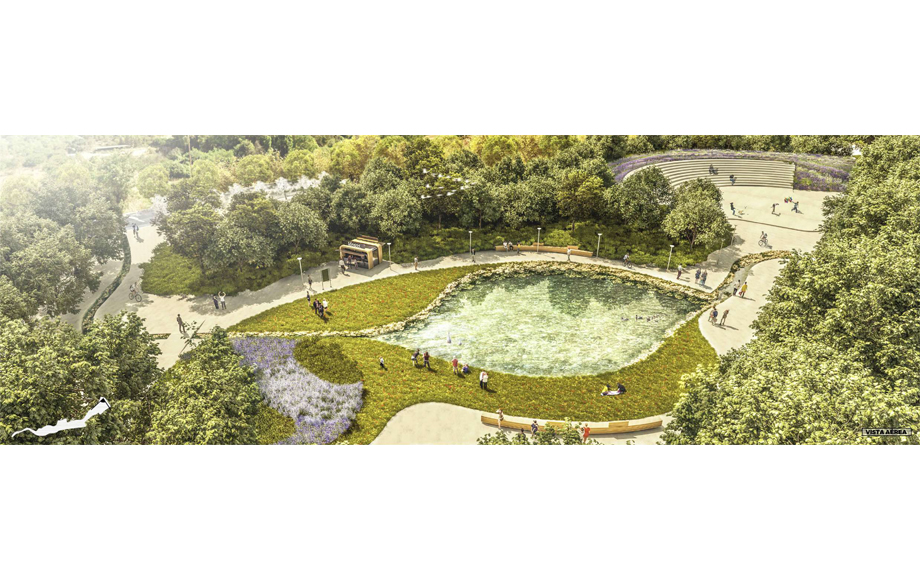 Between the city and the river.

In this proposal the park is understood as a large continuous green space that adapts to the topography of the large terraces that exist between the northern part of the city and the southern shore of the river. To achieve this, the design is based on the plantation of a sprawling grove. The park, as a green mass, will serve both as an urban recreational area and, environmentally, as a forested band along the natural habitat of the river, thus functioning as the outer layer of the gallery forest. A mixed Mediterranean forest is conceived, in which the predominant tree is the Celtis autralis, a hardy species that also recalls the agricultural memory of the place and thrives in the urban environment. This reference to the former agricultural nature of the space also serves to incorporate groups of citrus trees.

The space can be traversed longitudinally thanks to a continuous accessible area with a width that varies from the narrow path to the broad esplanade. This promenade unfolds on two levels and is connected transversally in order to provide circular itineraries. Along it, spaces are configured to accommodate different activities and enliven the use of the park. The result is a network of places that produce a diversity of environments.

A set of water features is another of the main characteristics of this park, with the recovery of preexistences such as pools, ditches and small waterfalls. Likewise, a pond, where a temporary body of water once formed, is created accompanied by a meadow. This small lake and an auditorium, established on an existing grade, make up the heart of the park.

Proposal for the Coín Linear Park