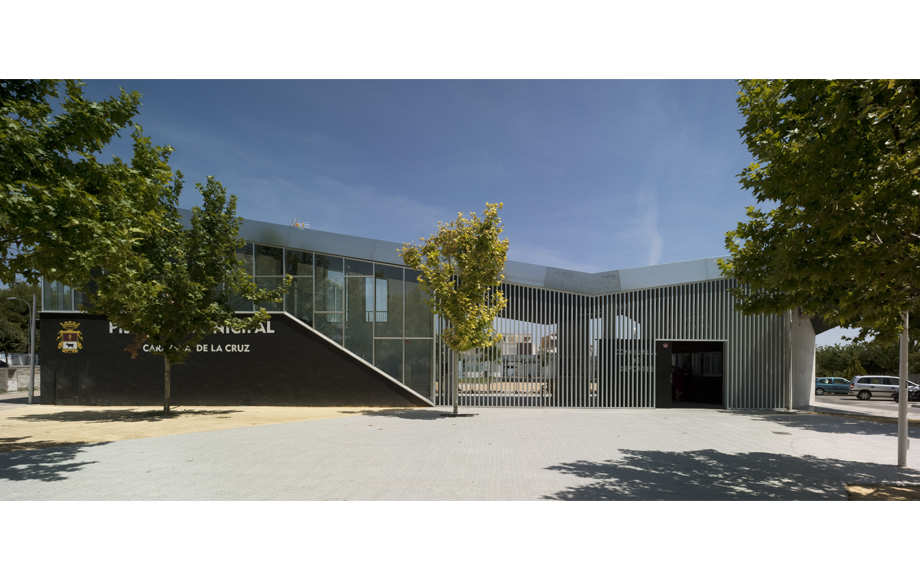 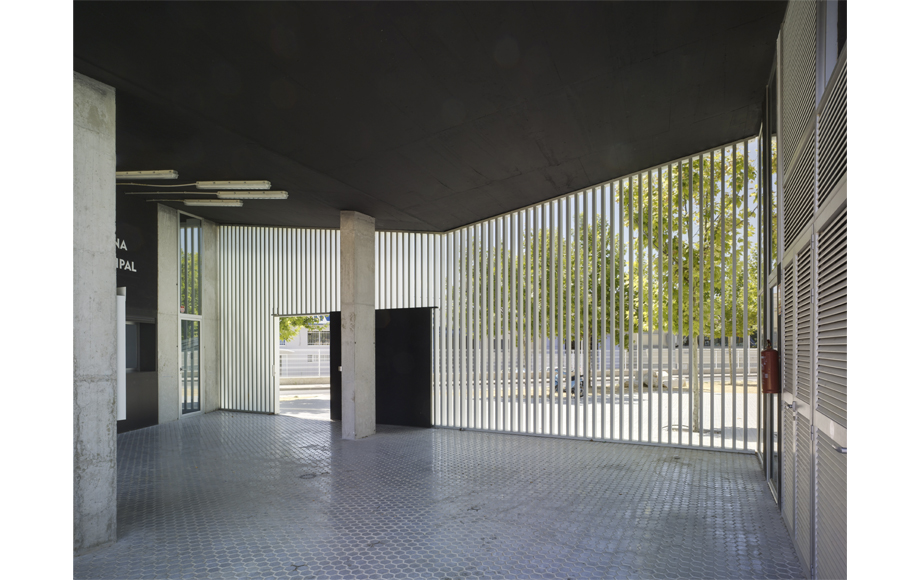 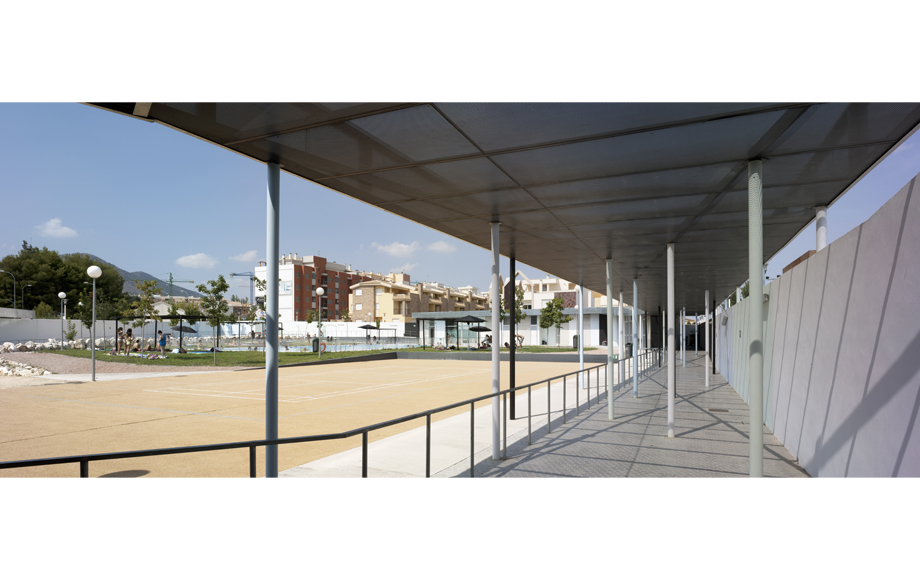 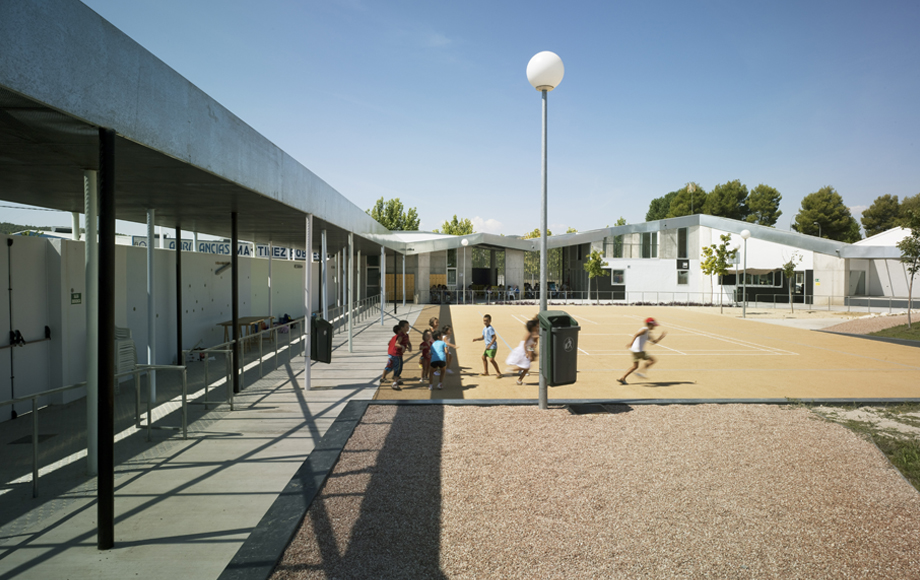 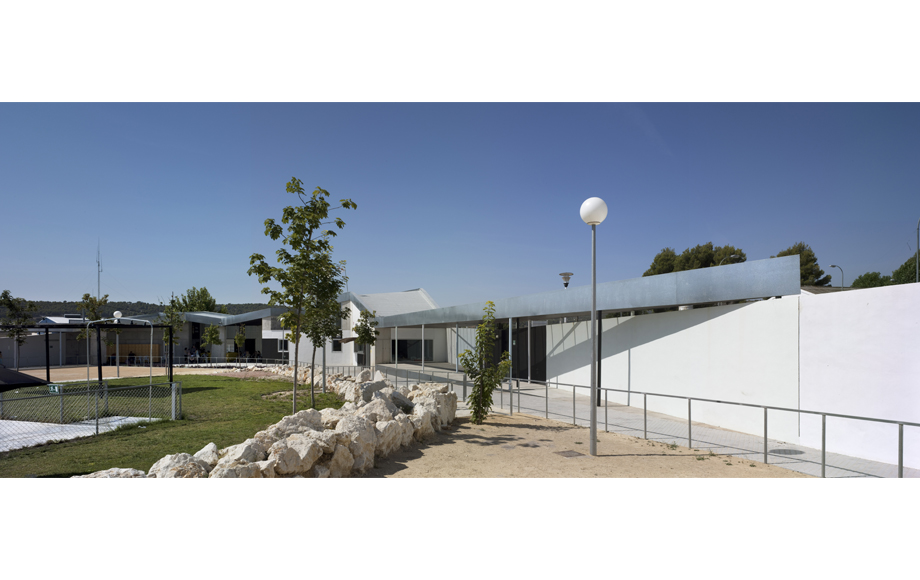 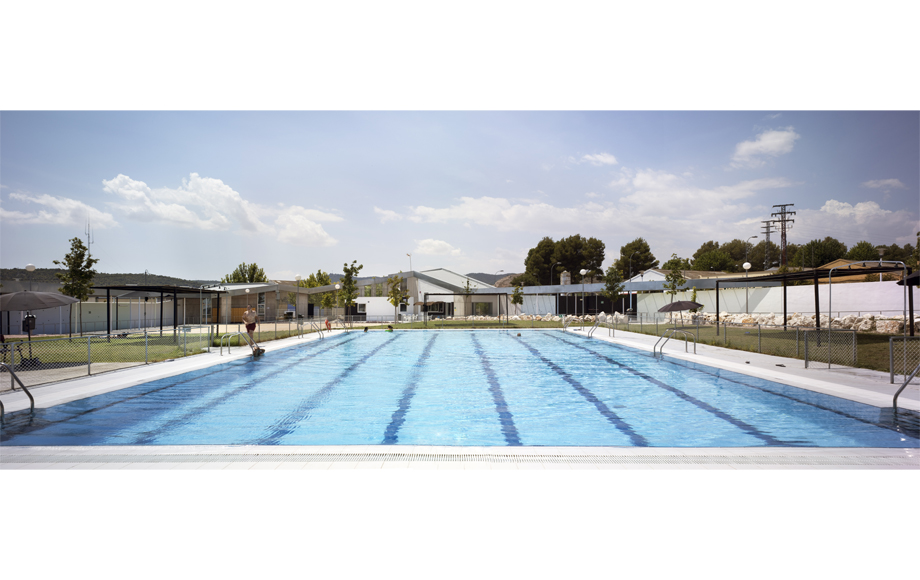 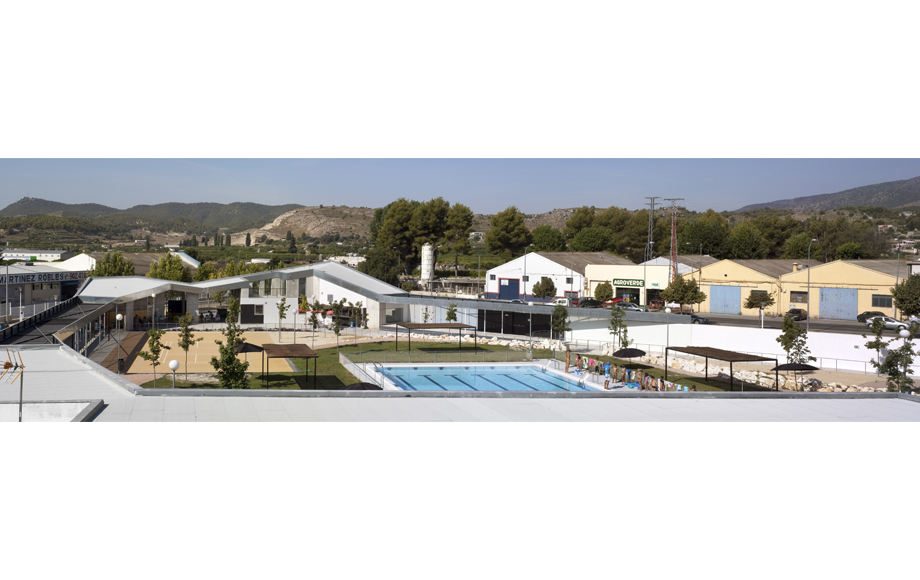 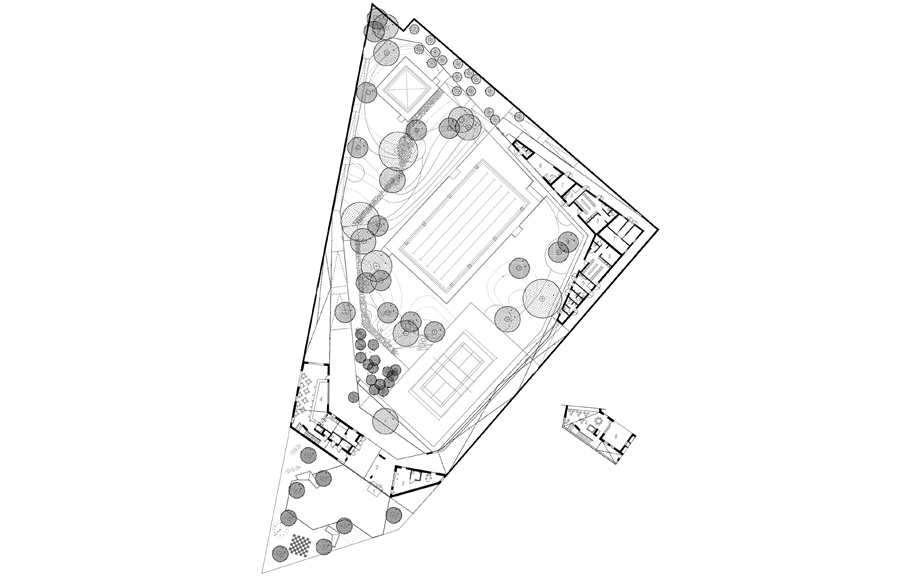 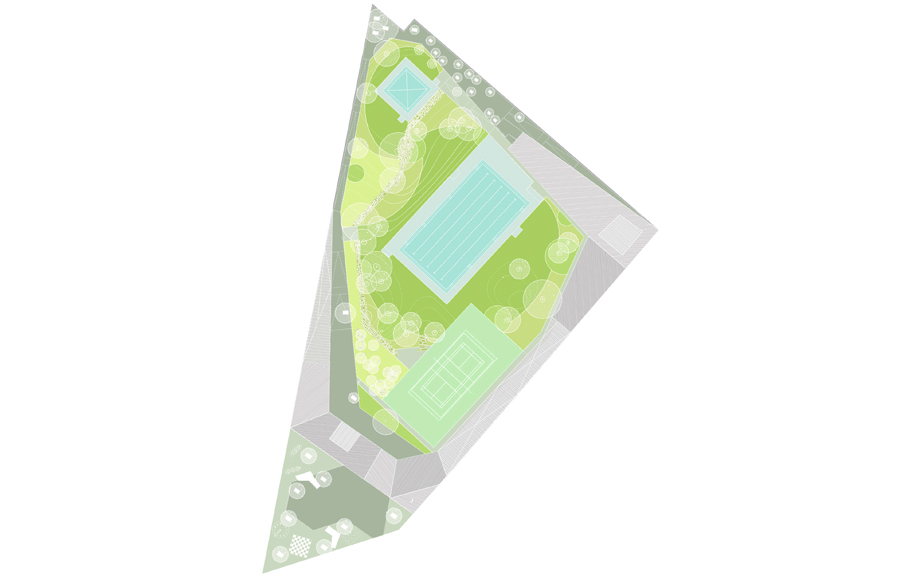 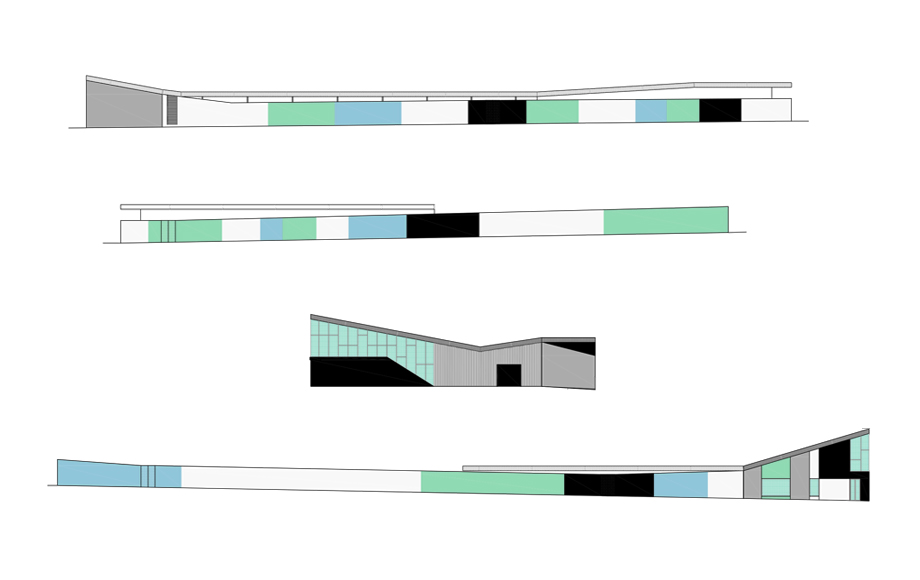 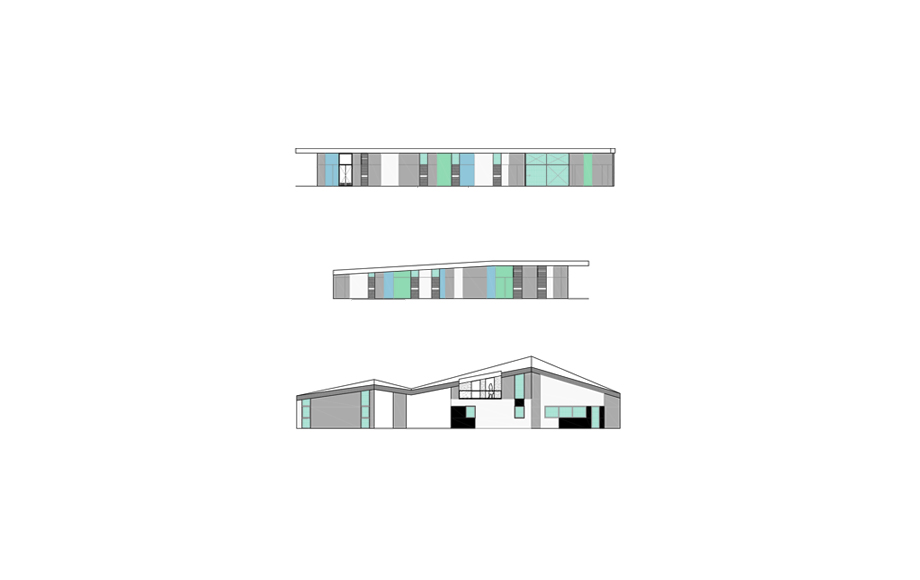 The notion of enclosure and the construction of a void generate a hybrid spatial experience. Internal separations are simultaneously enhanced and erased while offering potential relationships with the outer environment. The project materializes on the very edge of the town. This situation presents the challenge of having to rethink the contact between generic urban and industrial growth and the rural landscape of orchards.  At the same time, given its use as a summer-time leisure and sports facility, it has the potential of being a new type of meeting place.

To achieve this, we give shape to a void, creating an environment with a fresh atmosphere in which swimming and outdoor activities are enveloped by built form, a wall-building that expands and contracts, thus serving both as an enclosure and as a shelter for the indoor program. The combination of empty and built space is organized by concentrating building efforts along the perimeter, where circulation, experiences and uses merge. Transitions are intertwined and, by working with cross-sections and scales, multiple open, semi-open or closed spaces are generated in the shade, under the sun or in half-lit shadow, becoming the setting for user activities and interaction.

The wall, as a construction, turns into a thru-way foyer that opens up towards a vacant lot next to the entrance, incorporating into the design this previously residual area and giving it back as a public space. Such a year-round dynamic and adaptable use as a coffee-shop is where “wall” becomes volume at its greatest. Where the wall is a mere fence, a series of small holes are made in order to alter the pre-established codes that govern the boundaries between bathers and pedestrians.