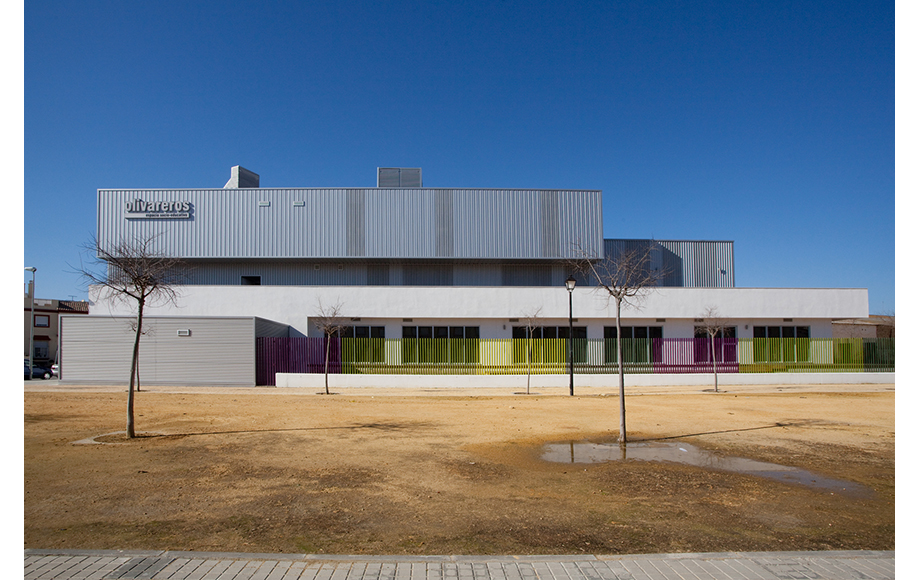 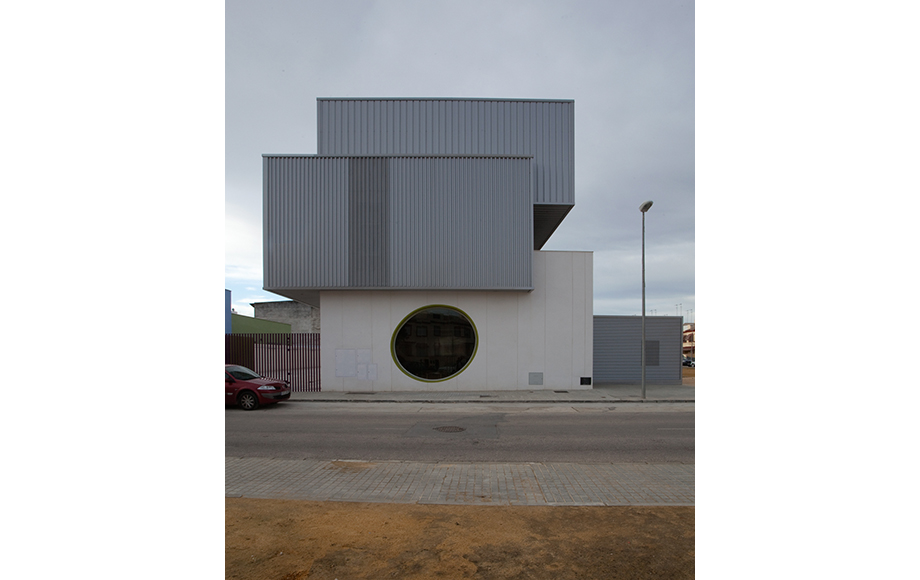 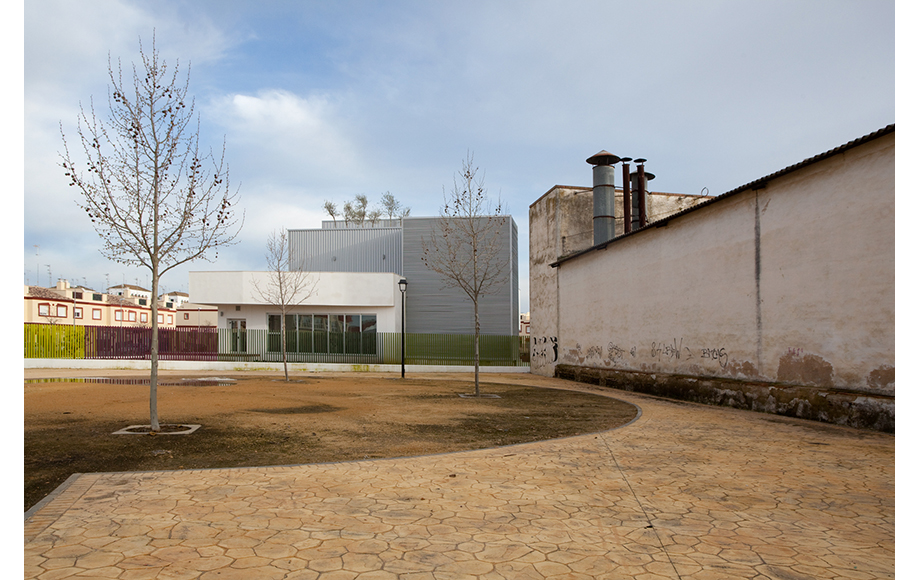 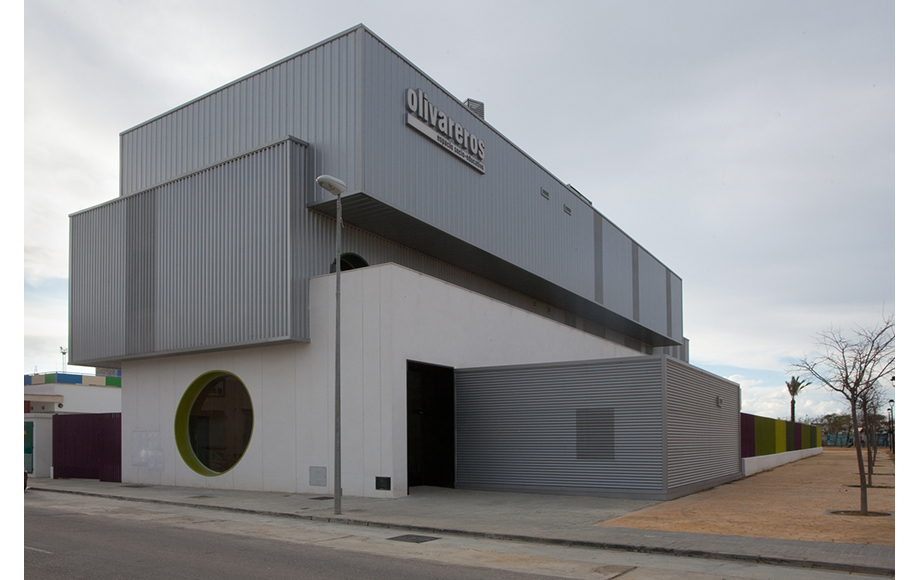 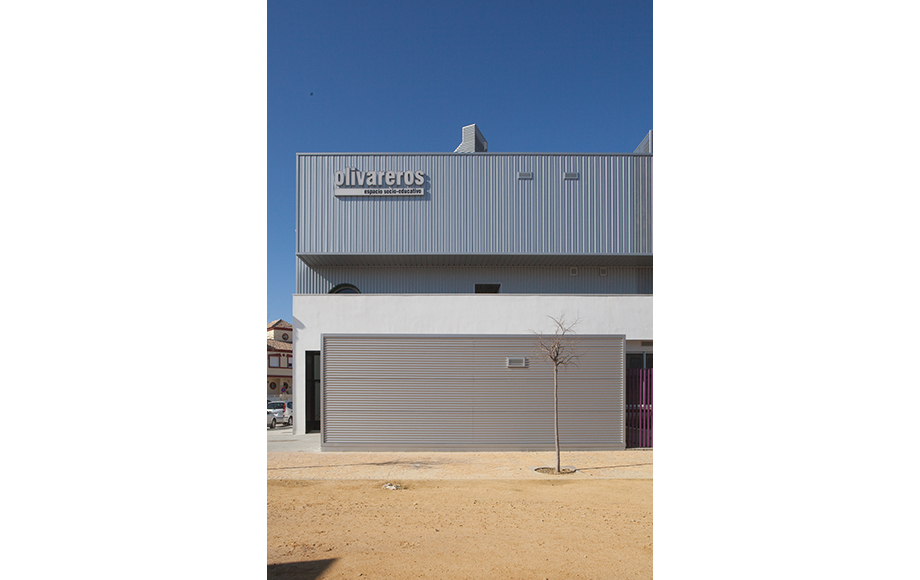 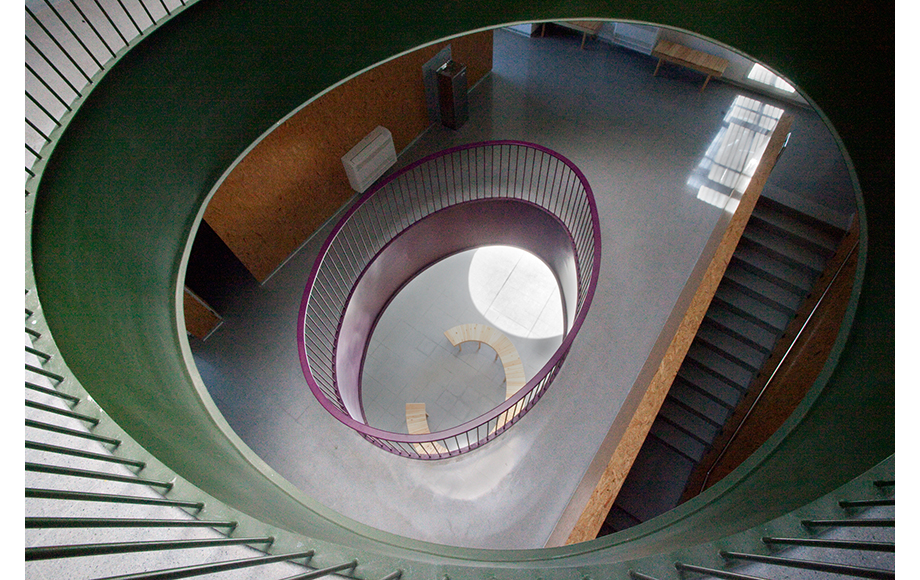 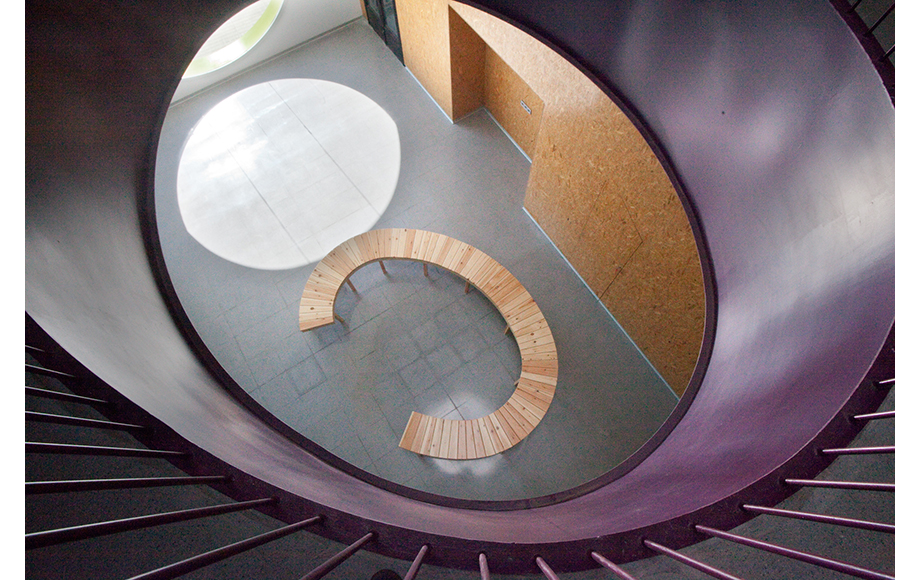 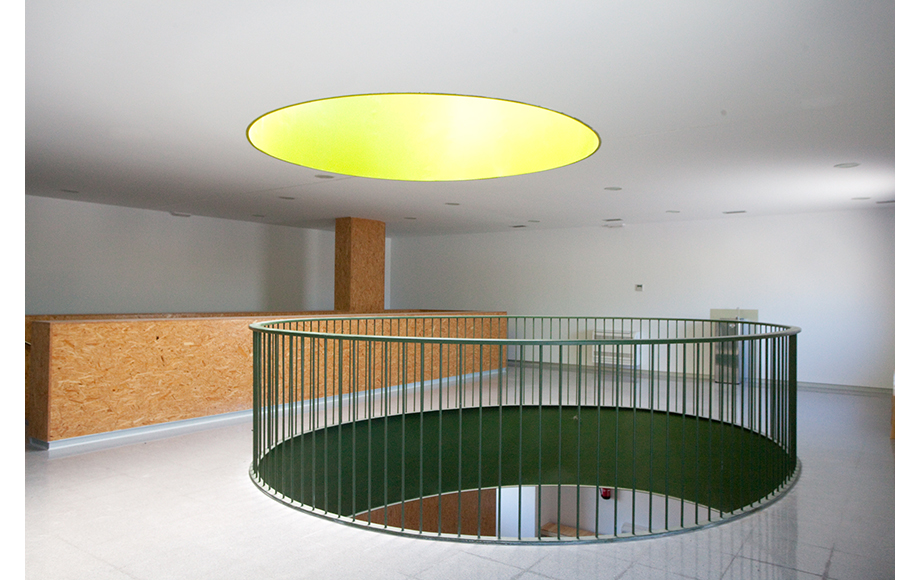 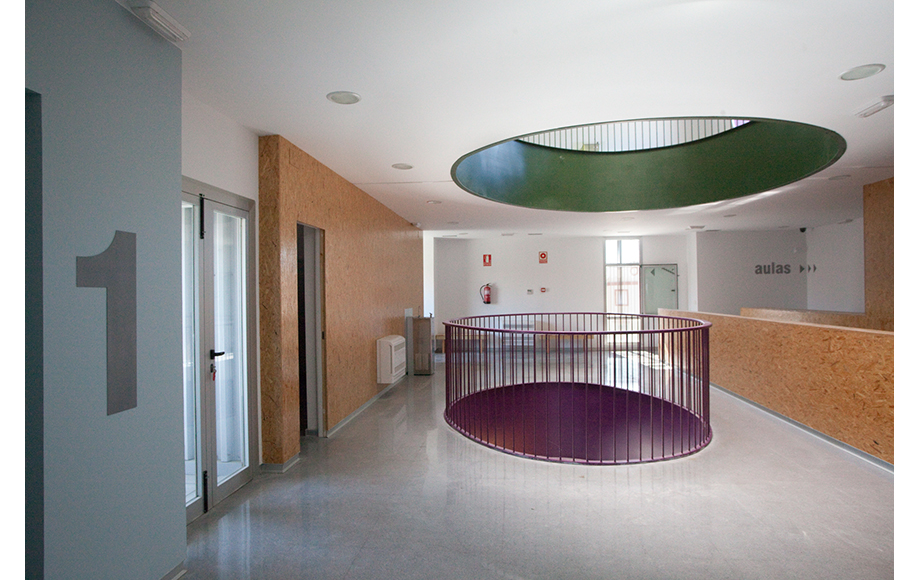 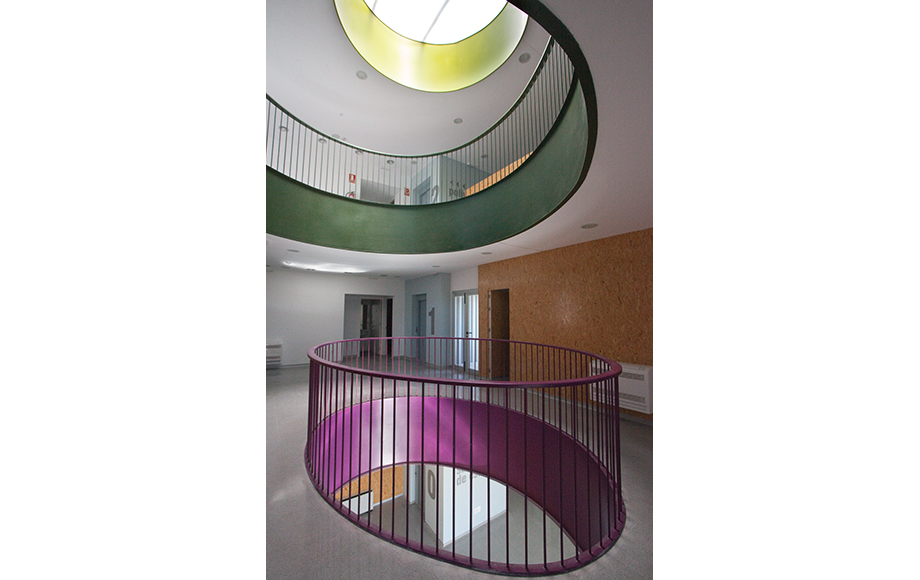 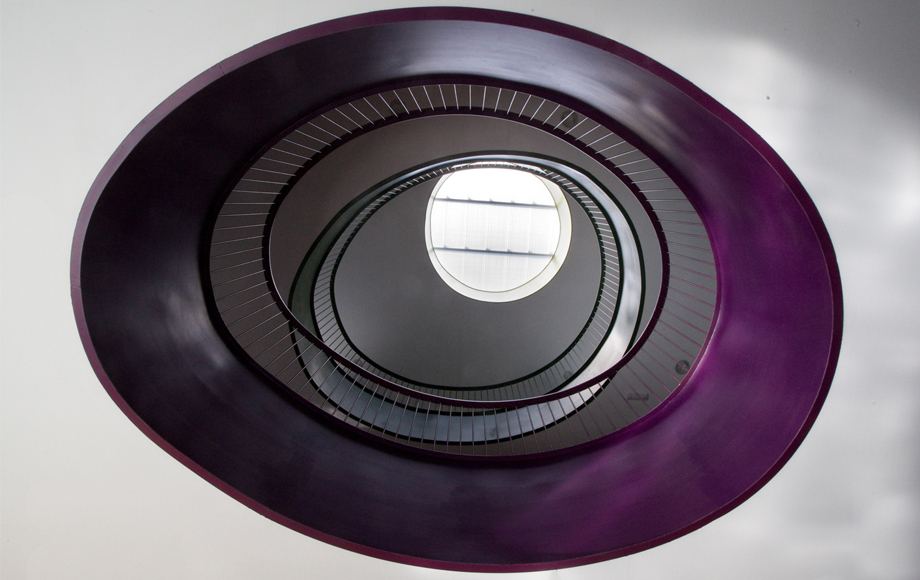 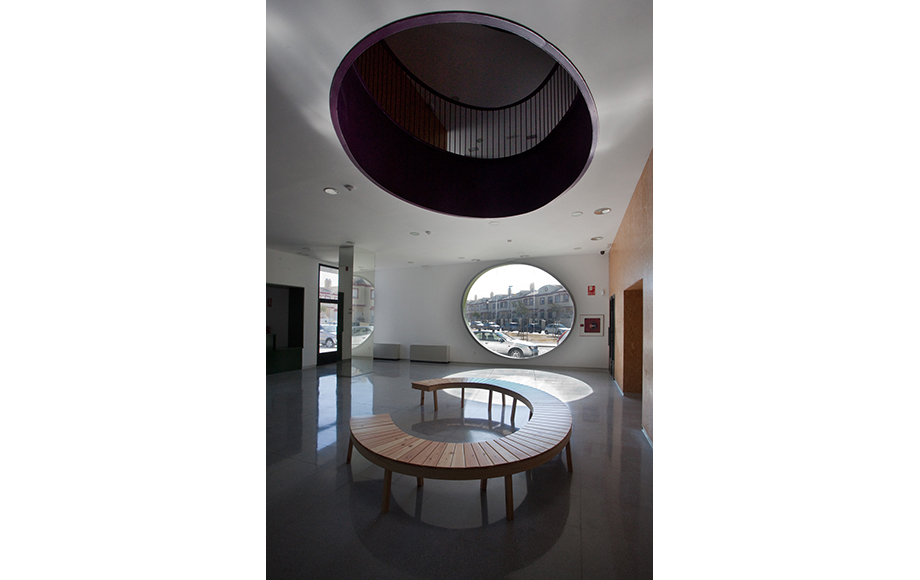 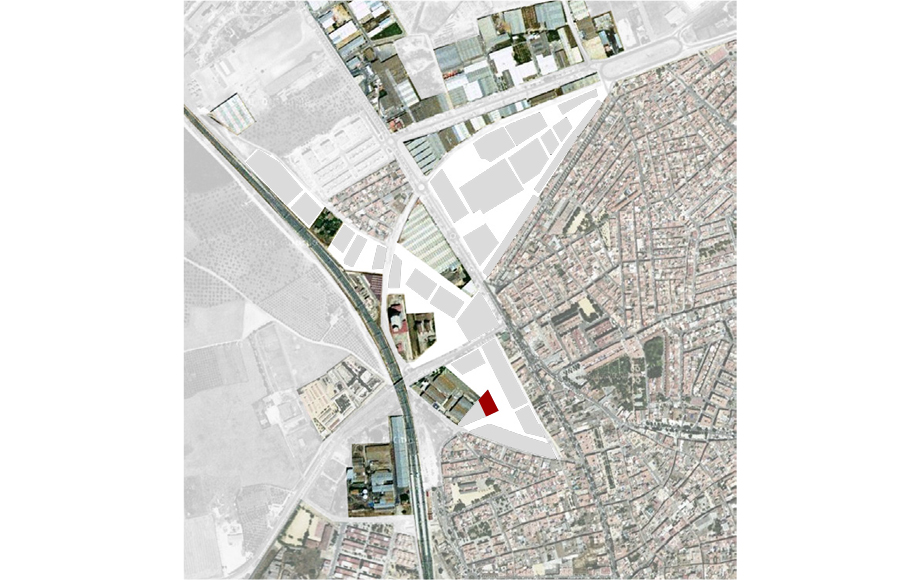 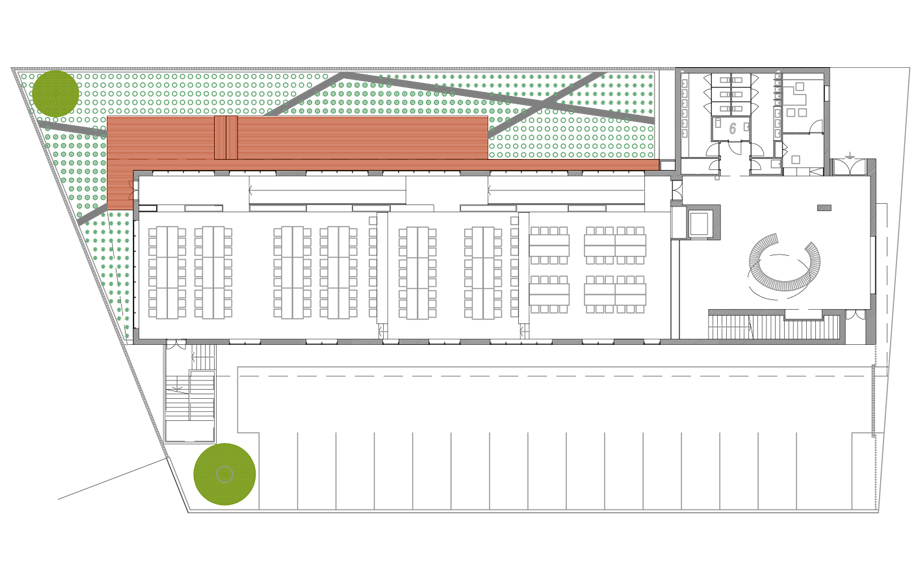 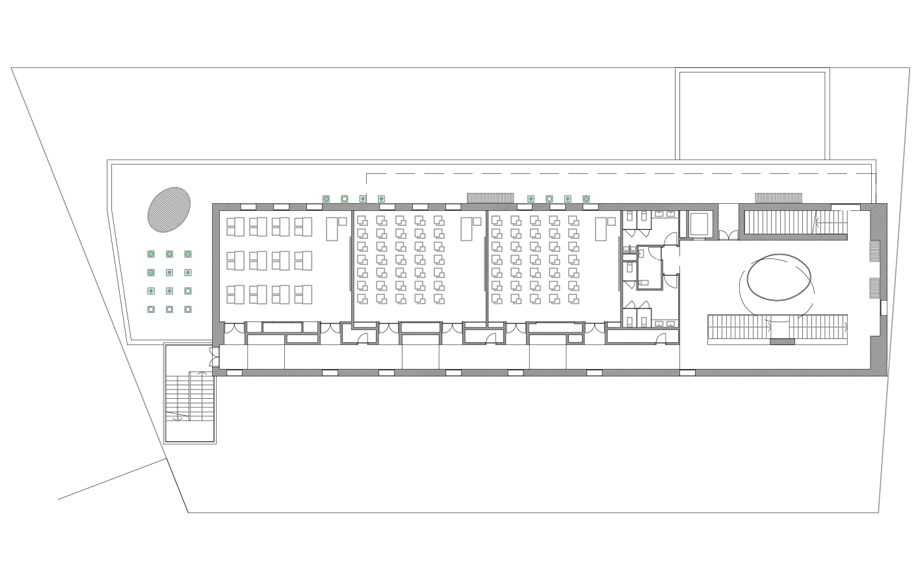 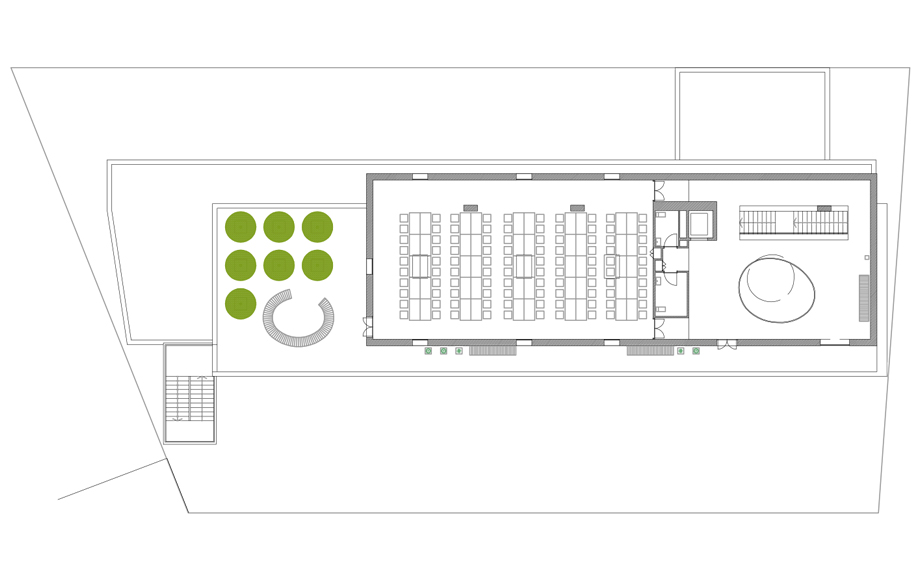 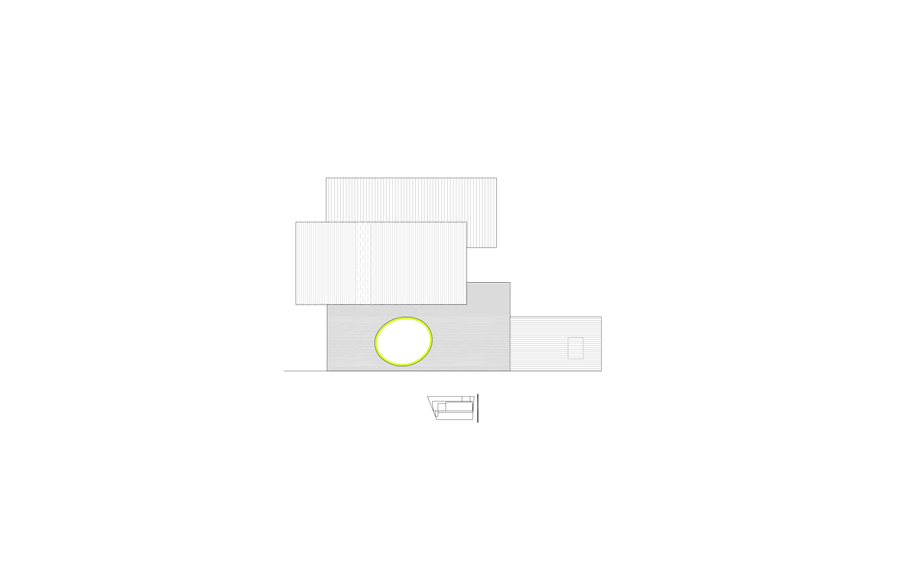 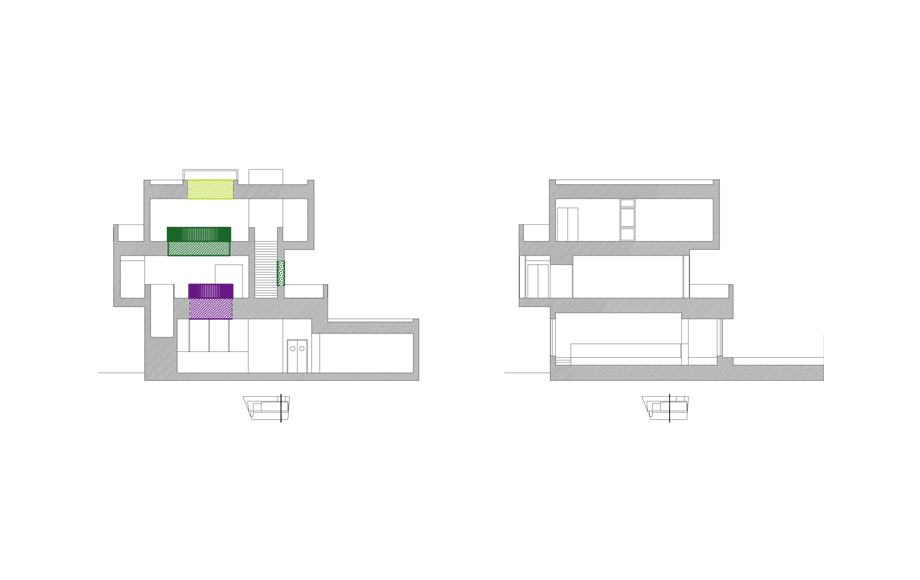 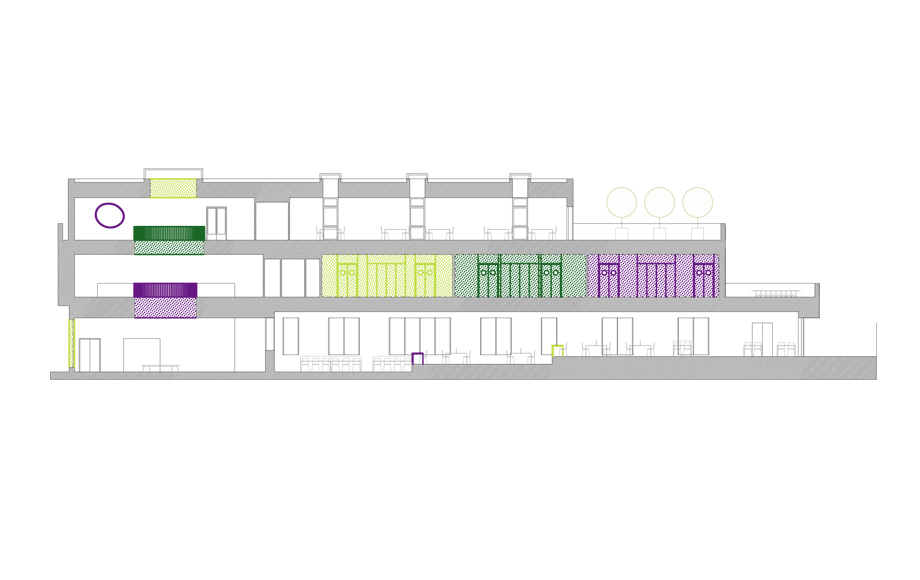 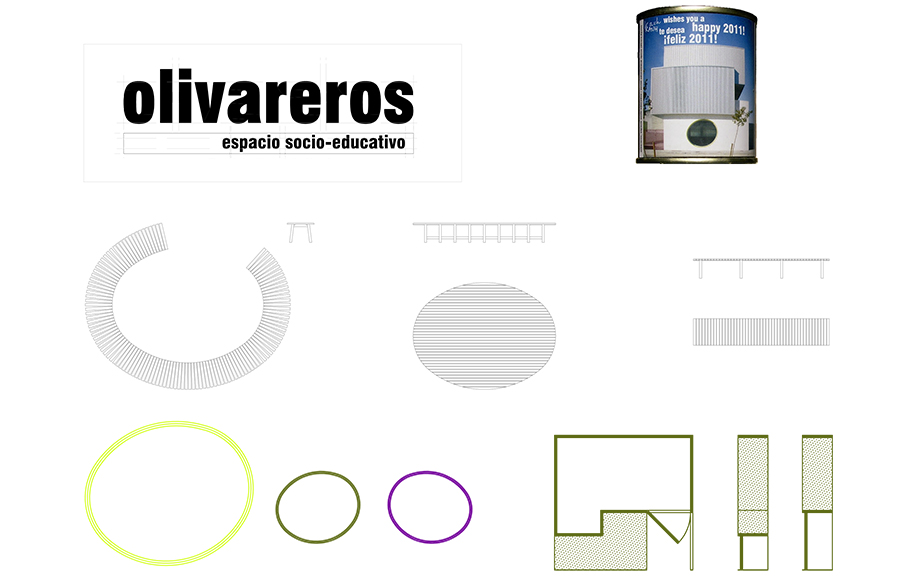 a piled program, volumes that slip against each other and perforated, users that meet.

The educational and study program is piled up to accommodate uses that are very popular among the town’s residents and complement those offered by other existing public facilities: a large study hall for students of all ages and a series of classrooms for an educational program for retirees.

These uses are inevitably accompanied by high levels of sociability. Breaks between classes or study stints (chatting or having coffee around a vending machine) is sometimes more important than the main use itself. This is why, while the functional aspects of classrooms and study halls are addressed, the generosity of circulation spaces is enhanced along with the design of the garden, the detailing of interior dividing walls and the implementation of large terraces the extend these interactions to the upper levels. This fluidity is underlined by the vertical transversality of the lobby, which results from the “destruction” of the floor slabs and walls in Gordon Matta-Clark style, interconnecting every level including the street.

Located on the outskirts of the town, where an olive processing factory once stood, the building is materialized according to that past logic, that is, with a presence that recollects the formal industrial use of the area, which, to us, is more spatially integrating than the hermetic nature of the commercially picturesque and self-involved terraced houses that are engulfing the industrial periphery of Utrera.