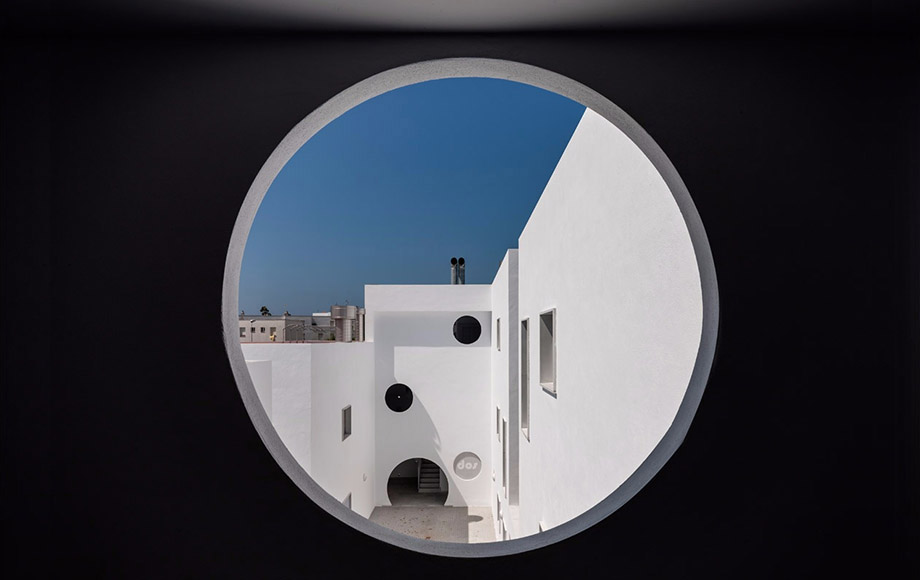 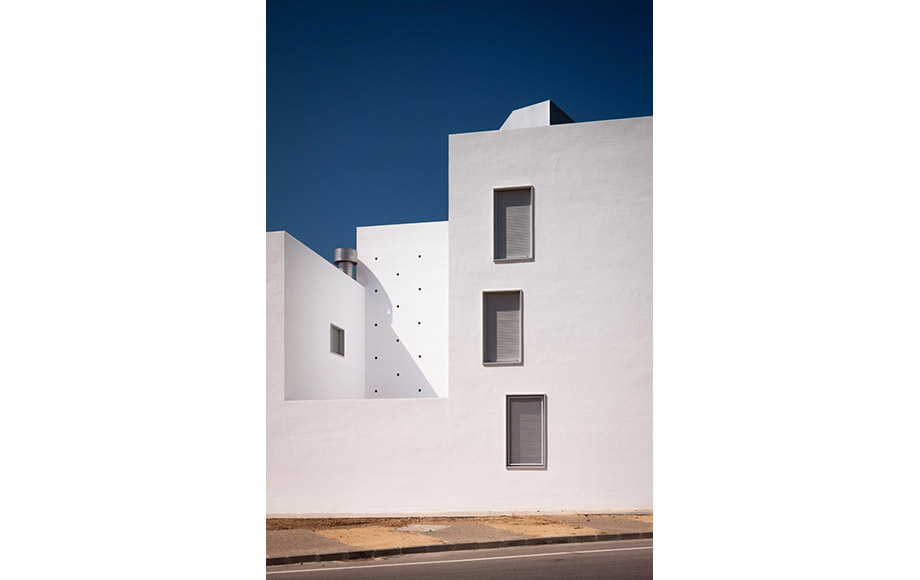 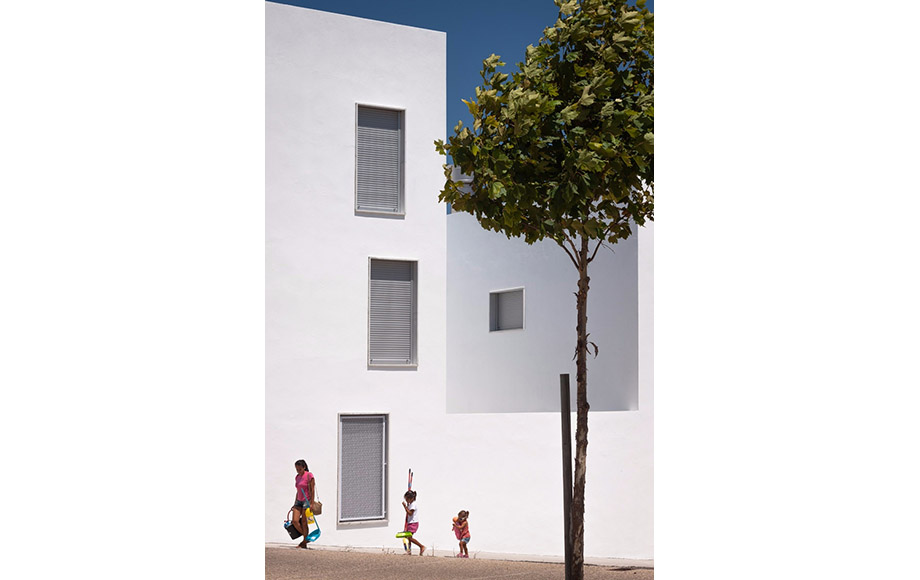 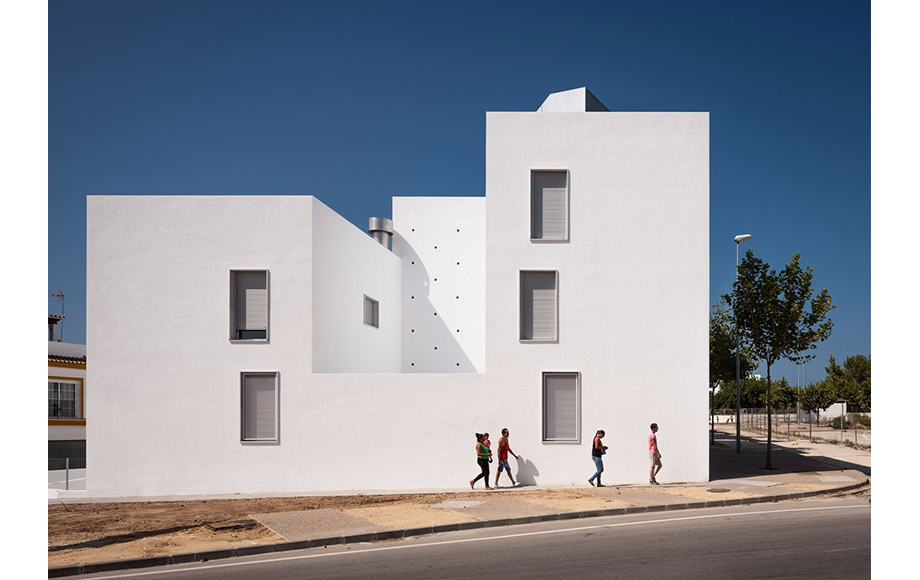 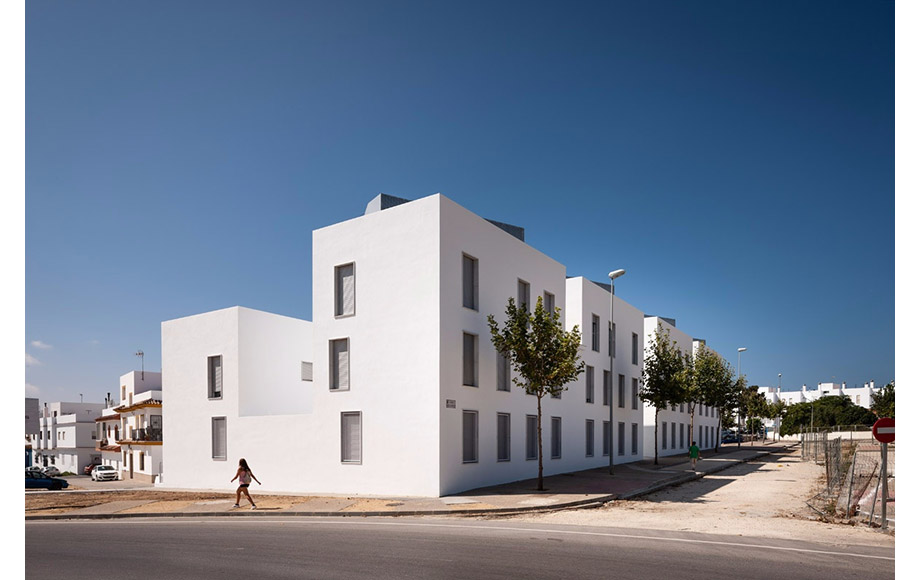 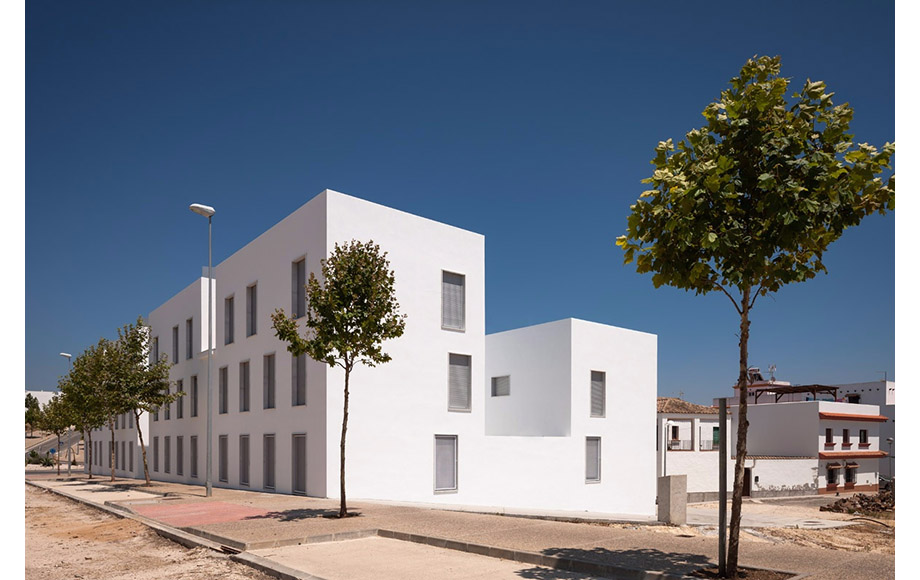 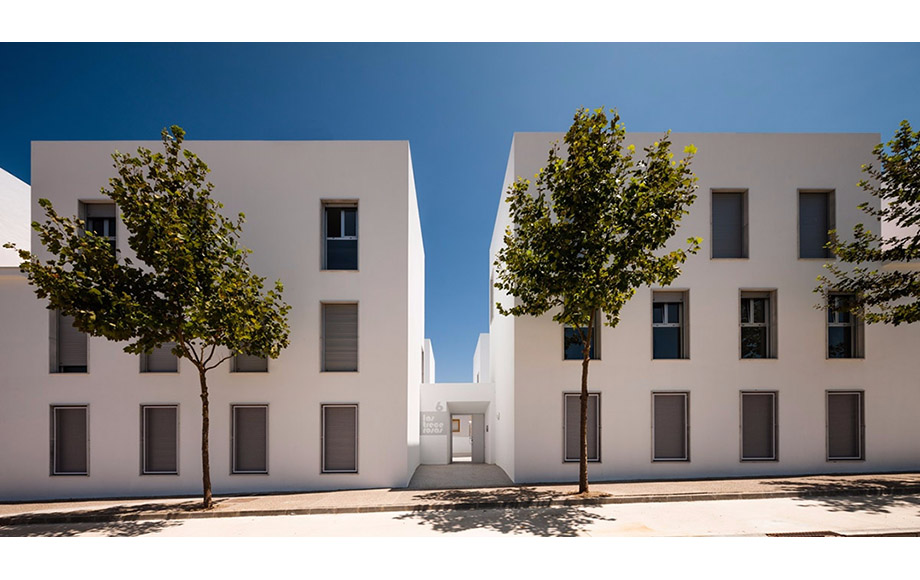 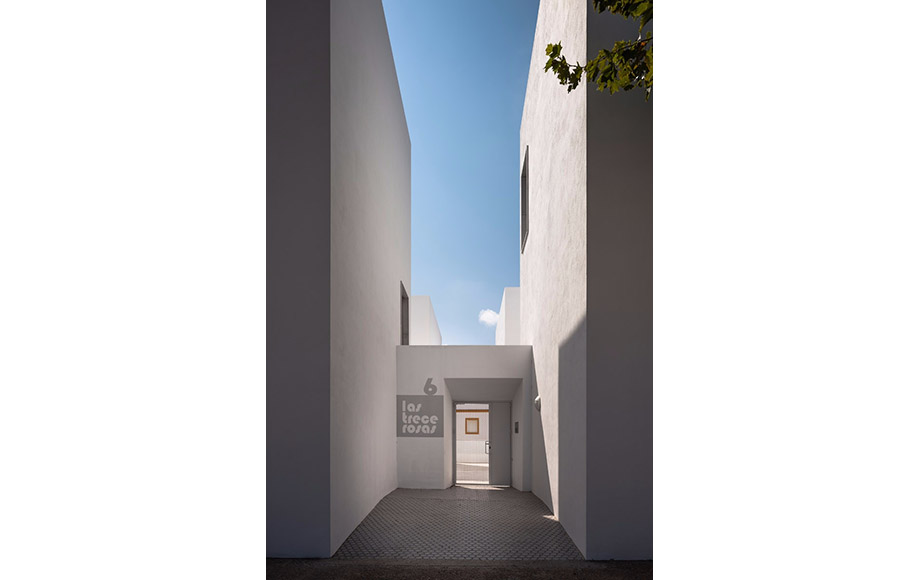 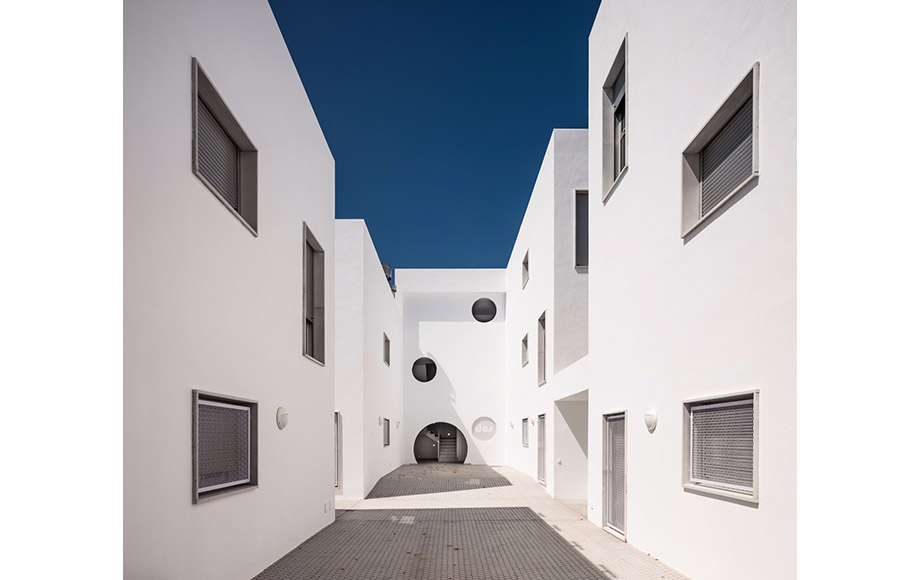 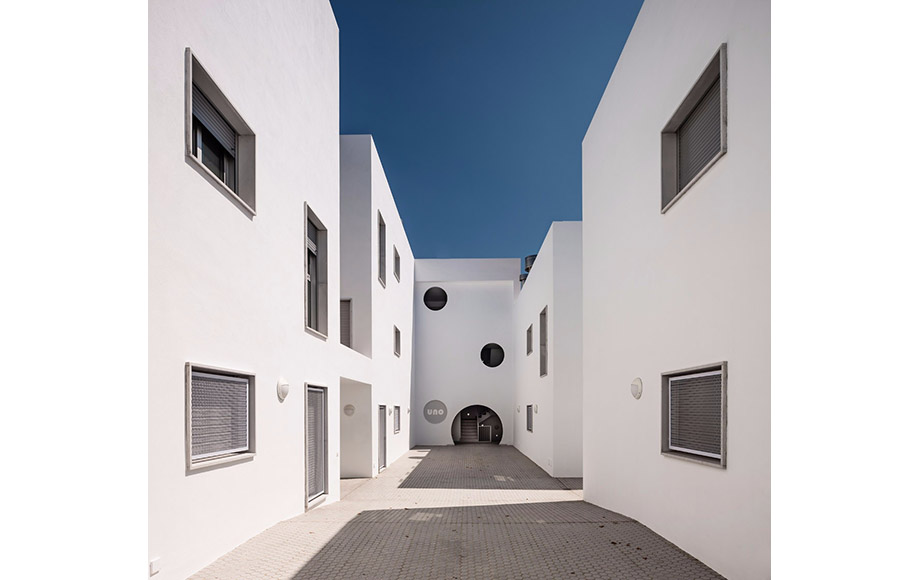 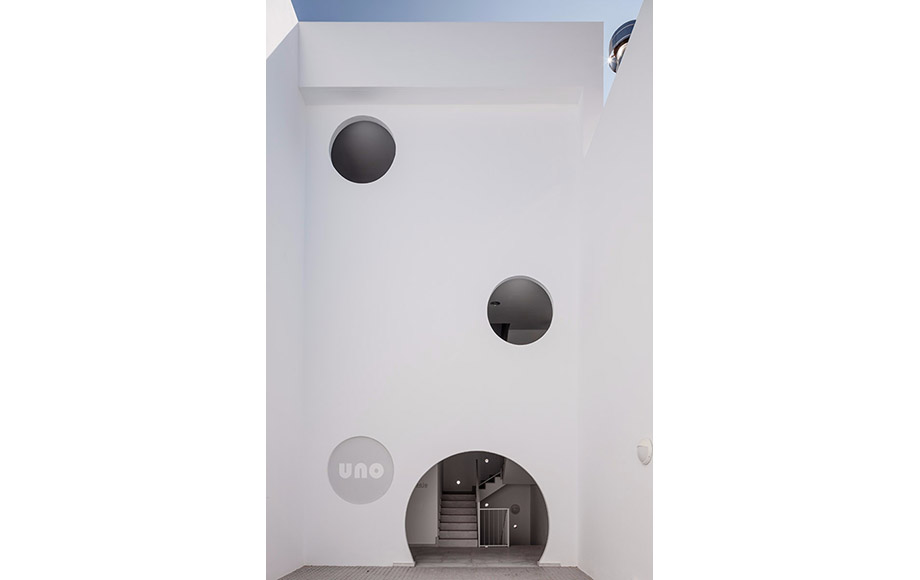 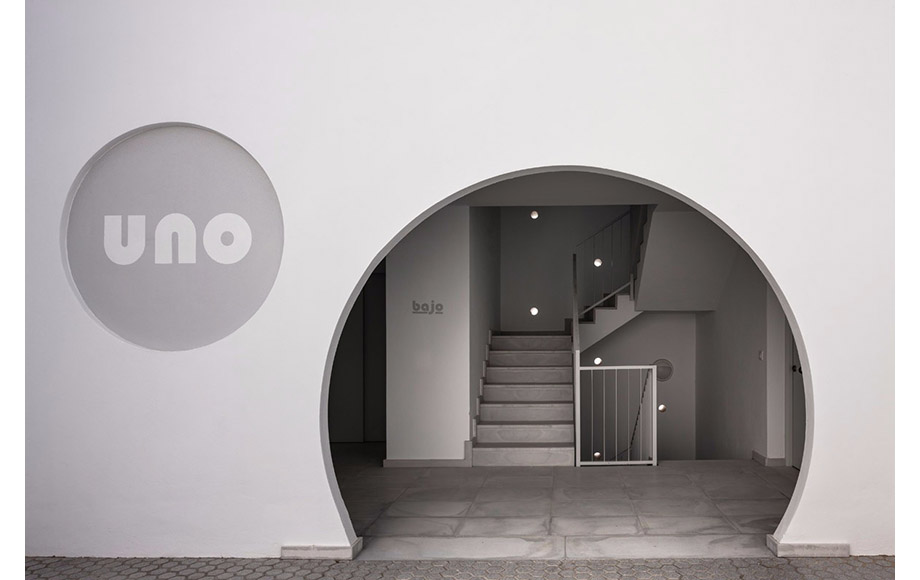 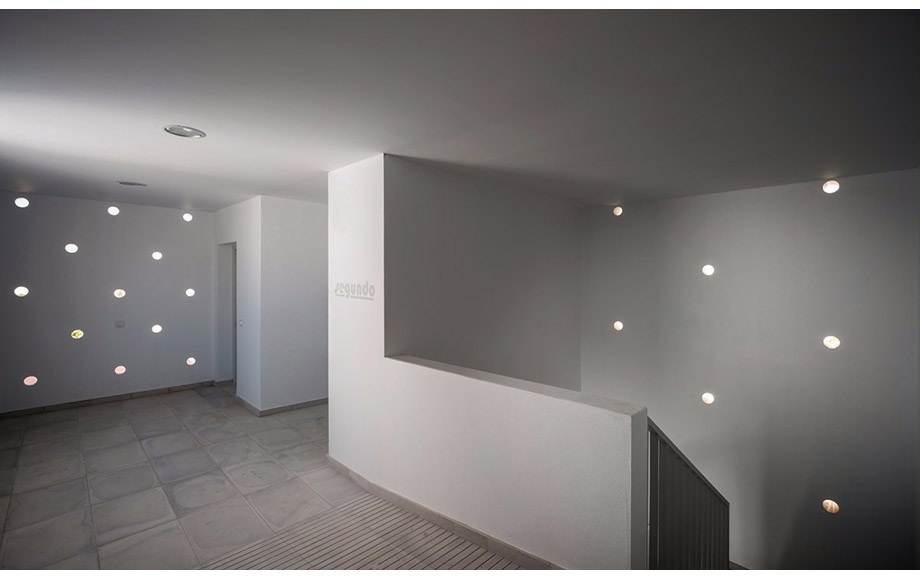 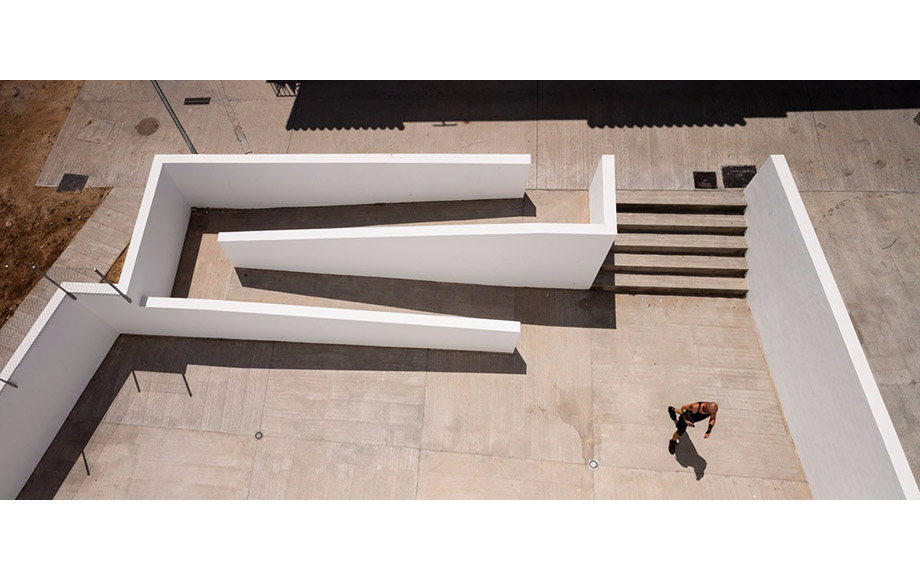 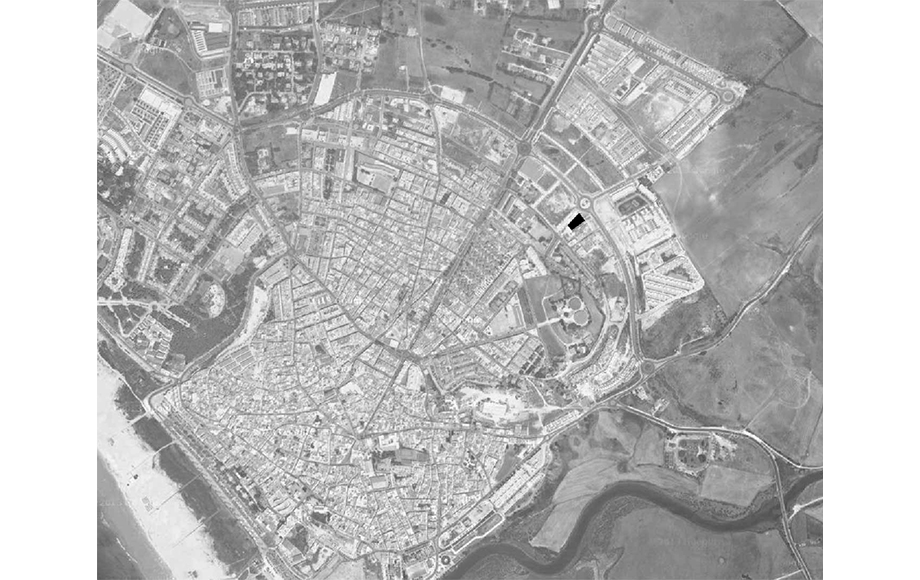 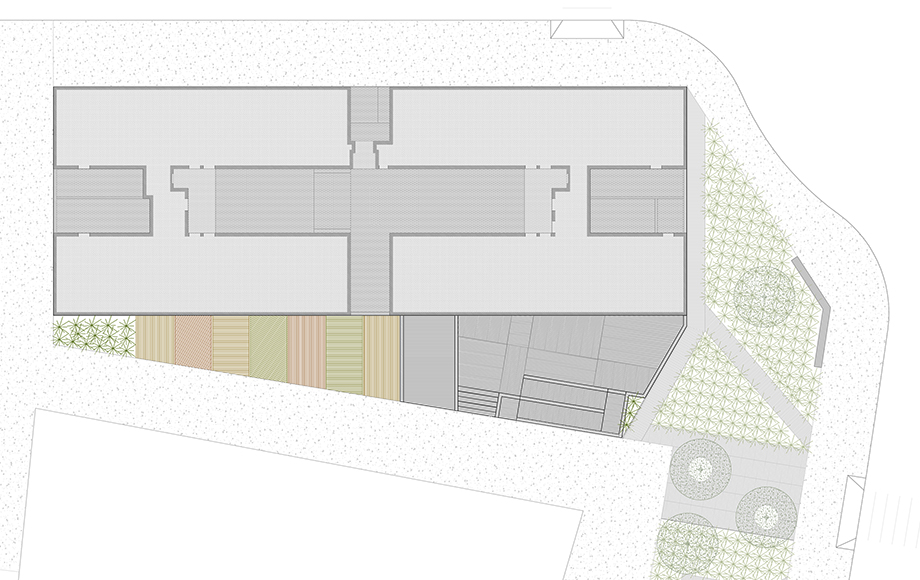 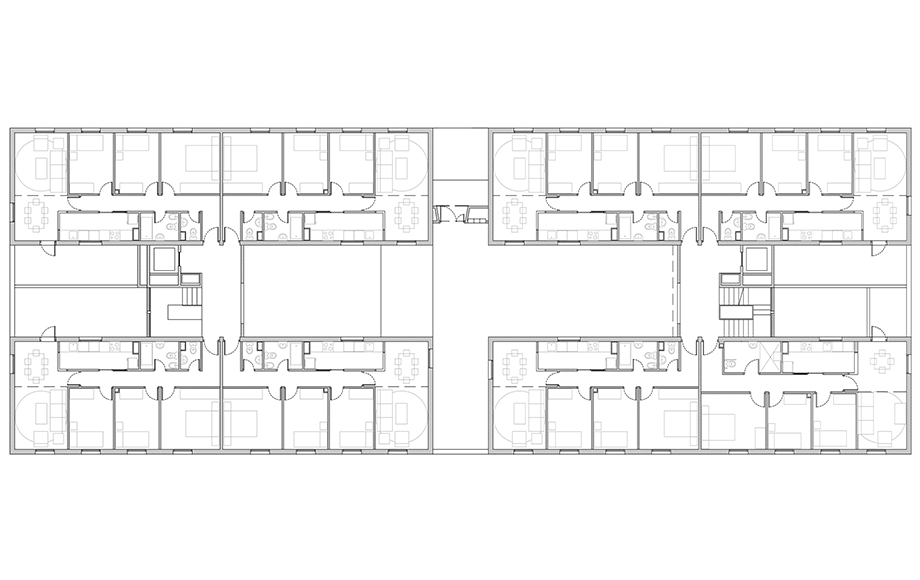 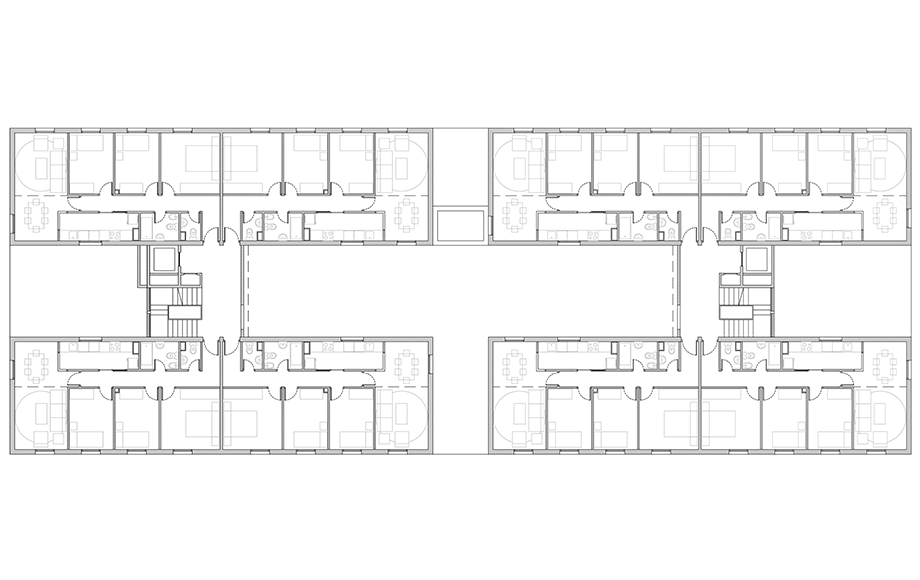 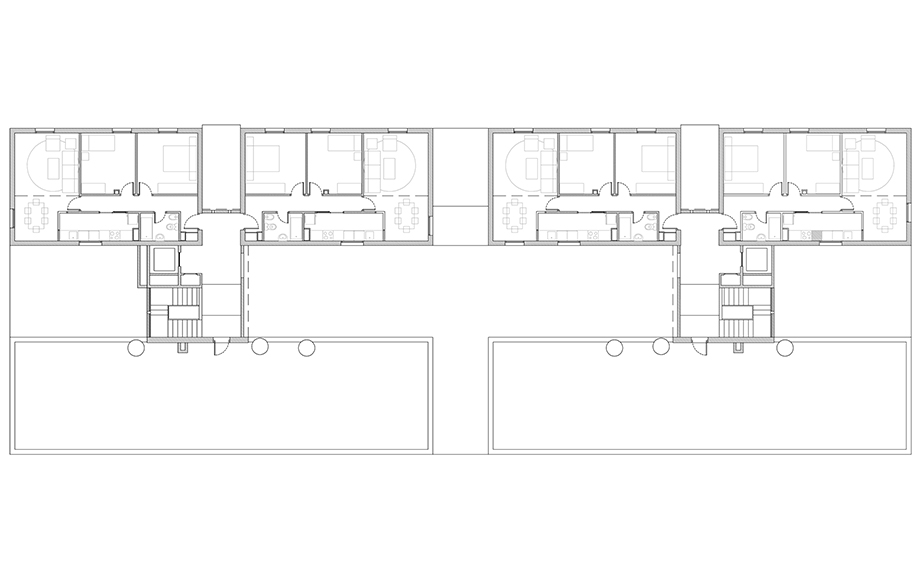 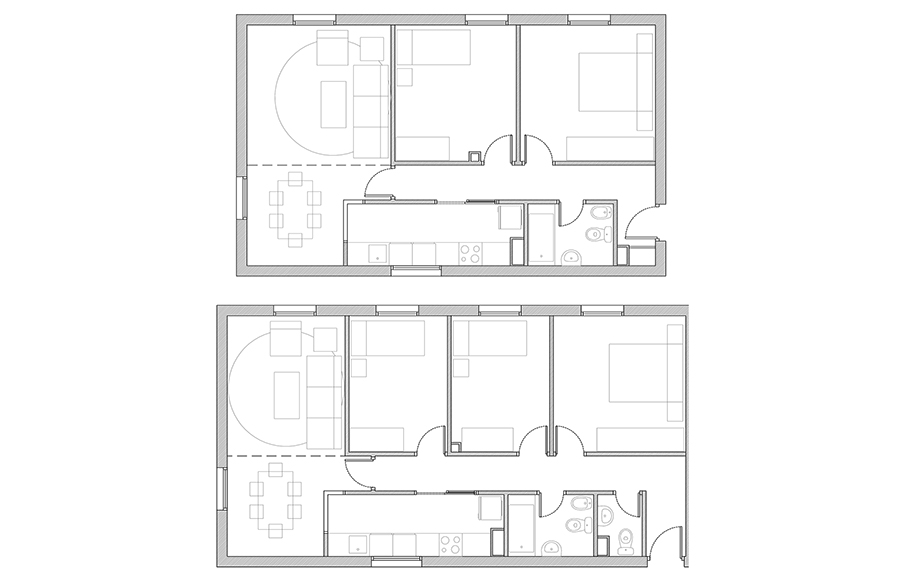 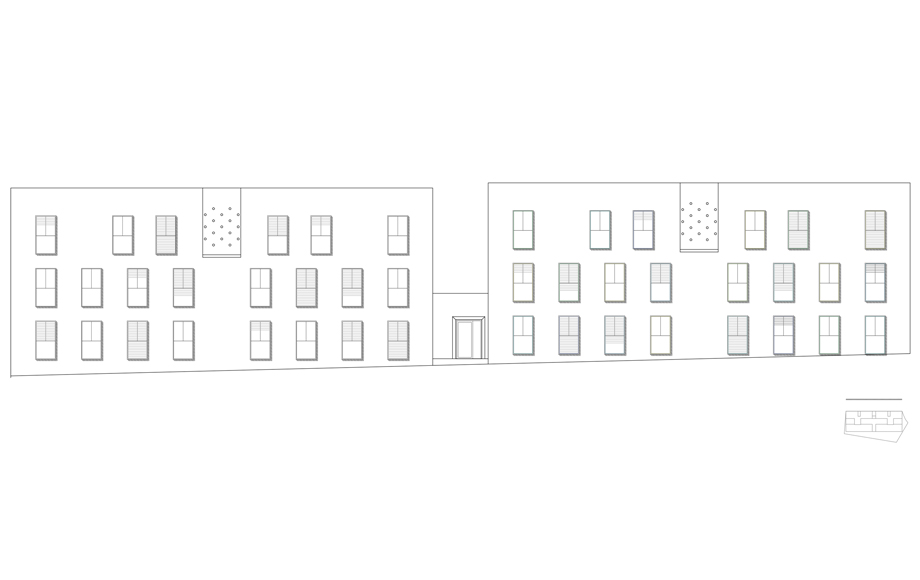 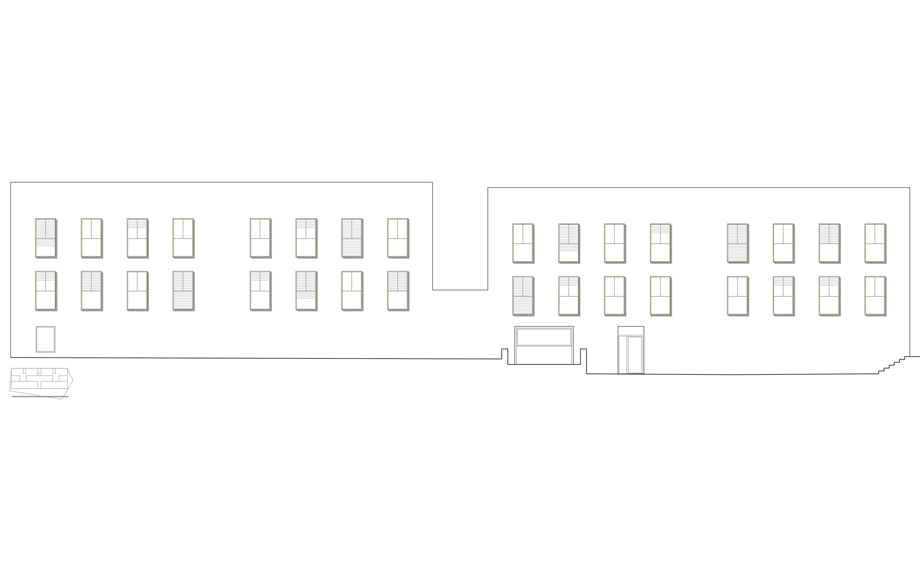 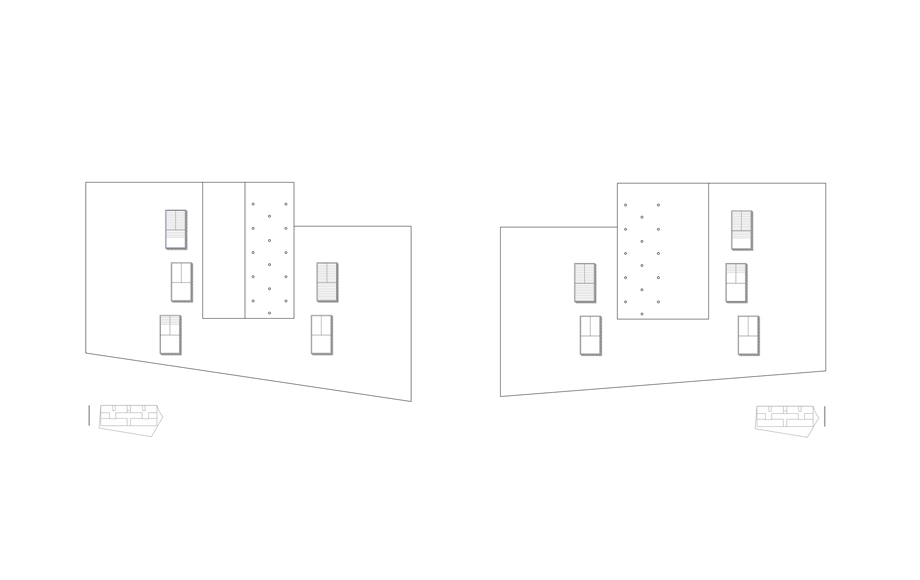 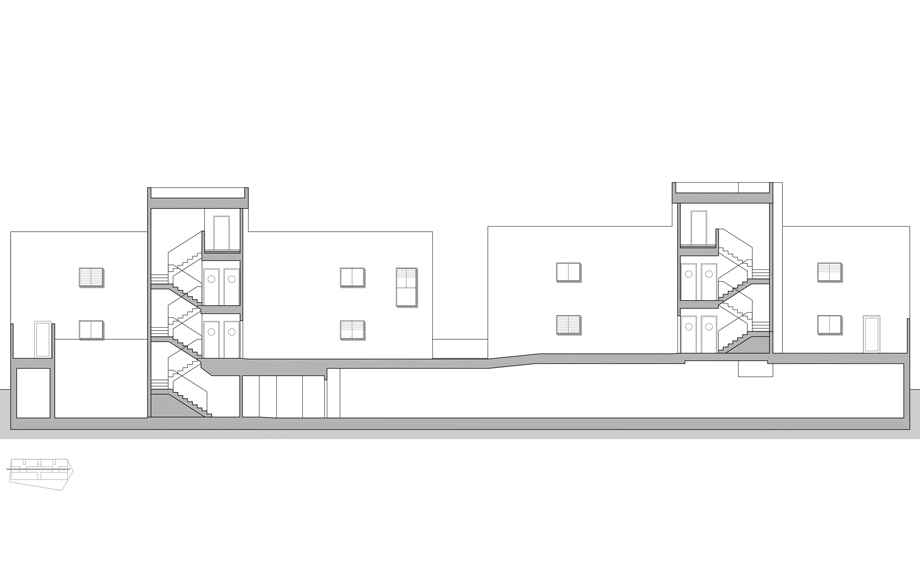 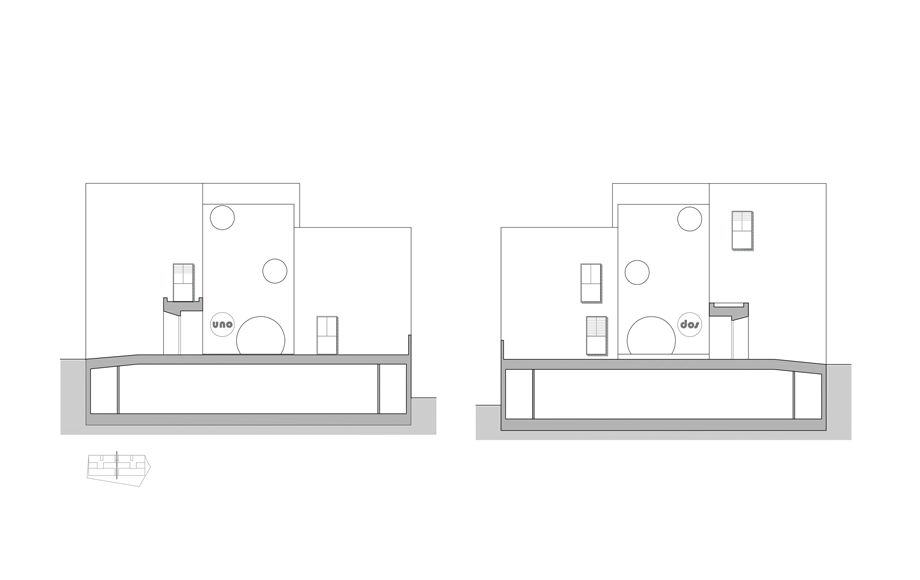 This project for 20 rental social housing units pays attention to scale and proportion and  takes into account the strict parameters of social housing, rigid local planning regulations and a tight budget.

The setting, the generic landscape of the outskirts of most Andalusian towns, reflects the urban planning of Spain’s construction boom. Given this context, we shaped an inhabitational building with a marked character that needed to be adequately inserted into an area of complex relationships between diverse residential typologies, urban uses and determining topographical and volumetric transitions.

The repetitive assemblage of the simple housing units follows a single-bay, cross-ventilated layout. This produces two geometrically defined blocks whose shape and structural layout optimize both the usable and the built surface area. The composition frees up part of the site, creating a small public space, one among a series of intermediate, potential collective meeting spaces.

The clarity expressed by the floor plan, crossed with a creative interpretation of the planning codes enabled the flexible composition of the final volumes, adapting the ensemble to the urban landscape. This, along the care taken in the building’s final image, avoided  the materialization of a generic block per se .  This adaptive approximation was also applied to the composition of the openings on the different facades, allowing living rooms to have windows on different walls, for example. Repetition,  variation, identity and surprise define the building’s compositional traits.