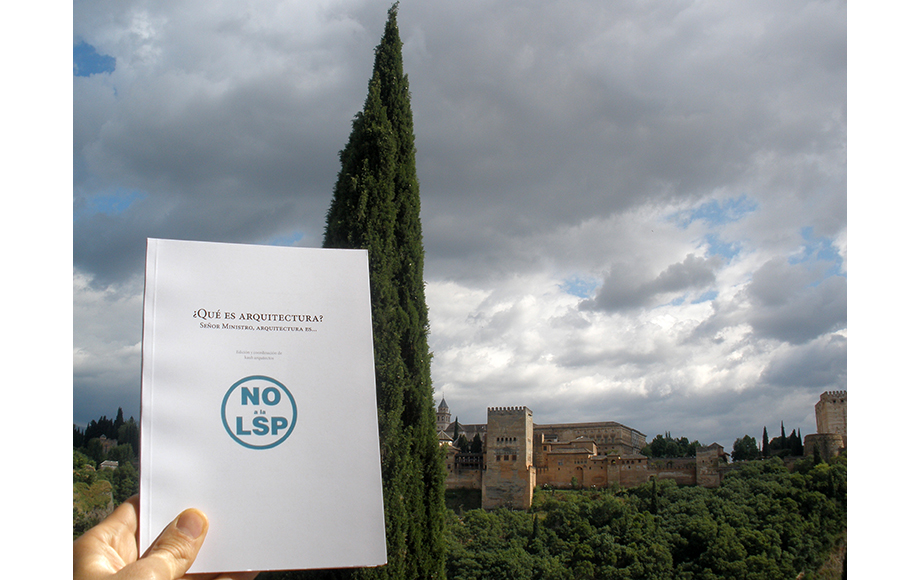 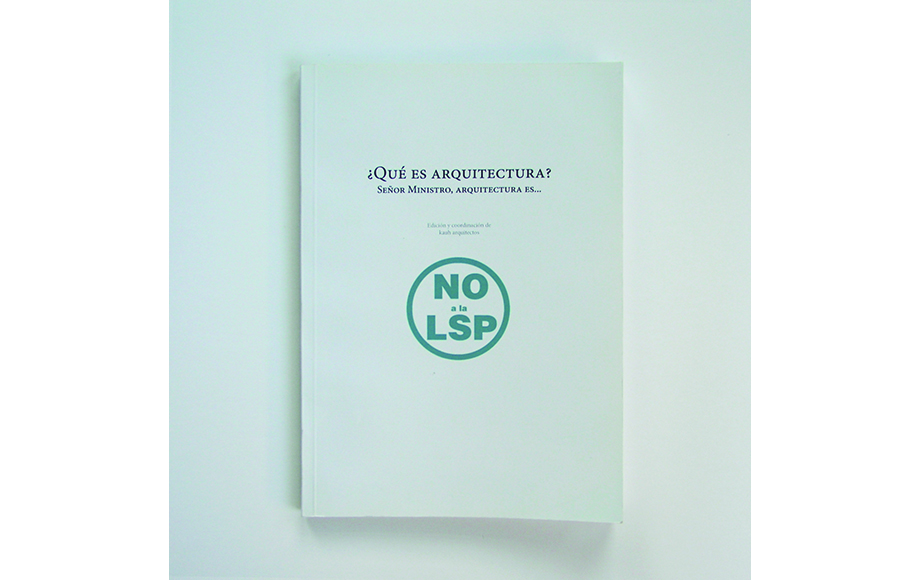 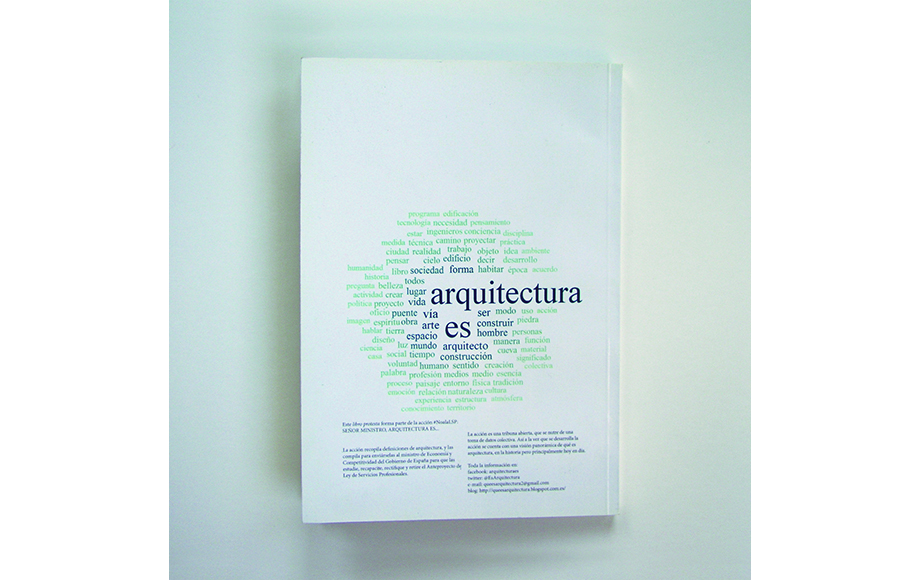 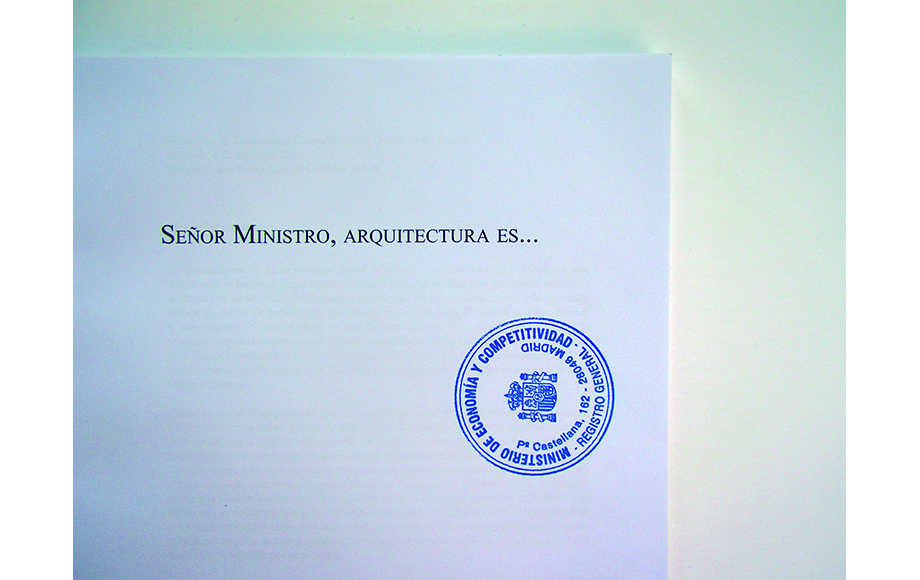 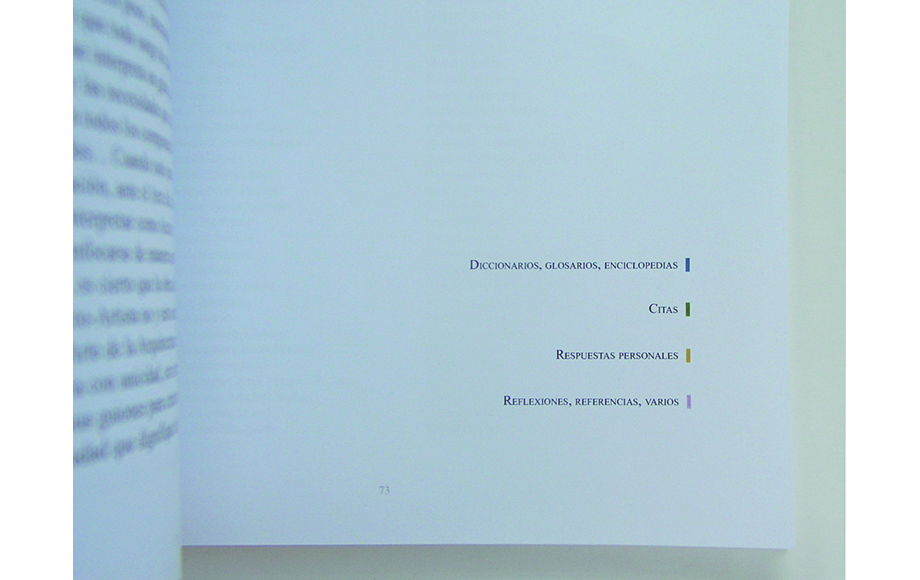 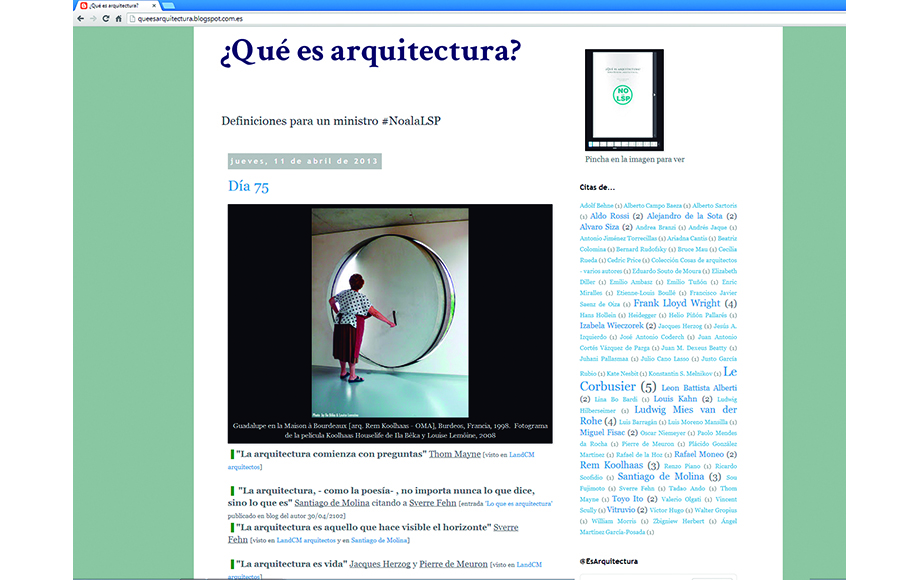 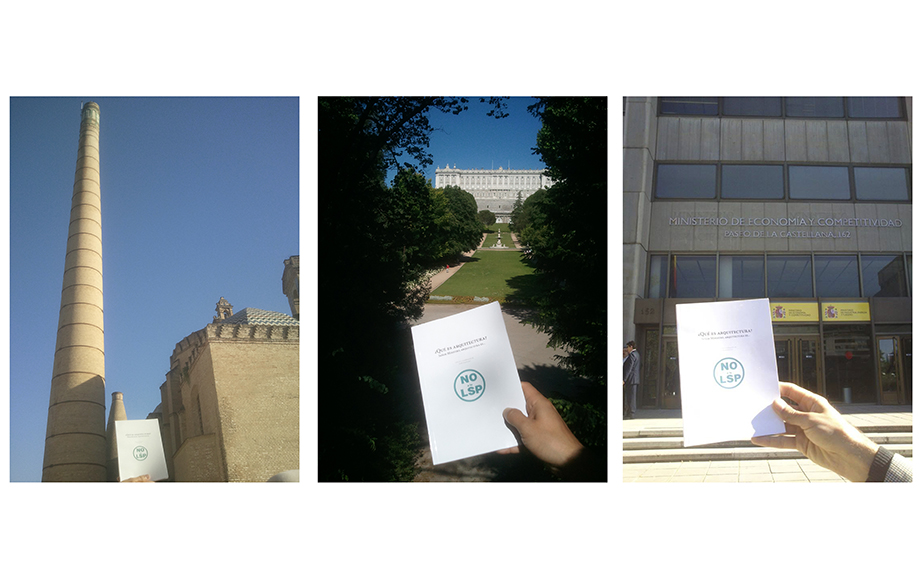 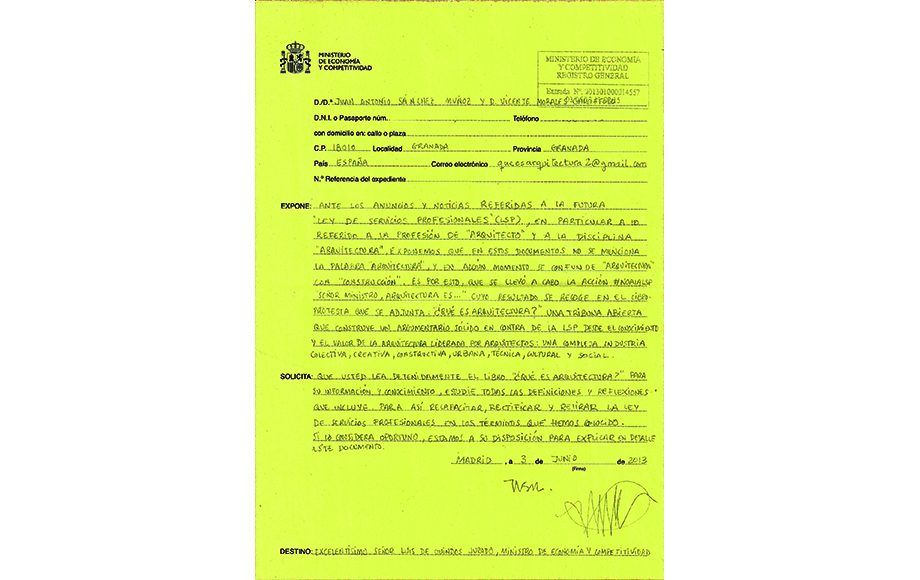 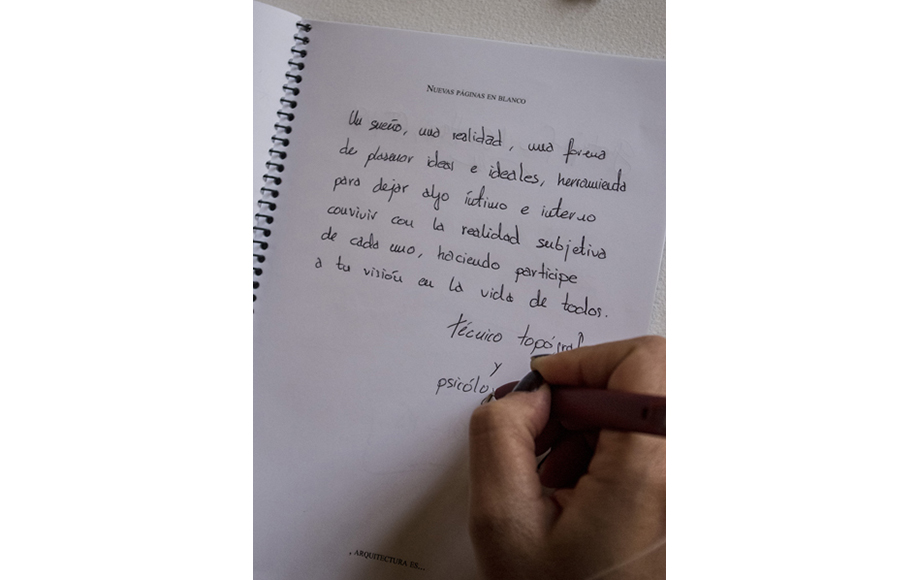 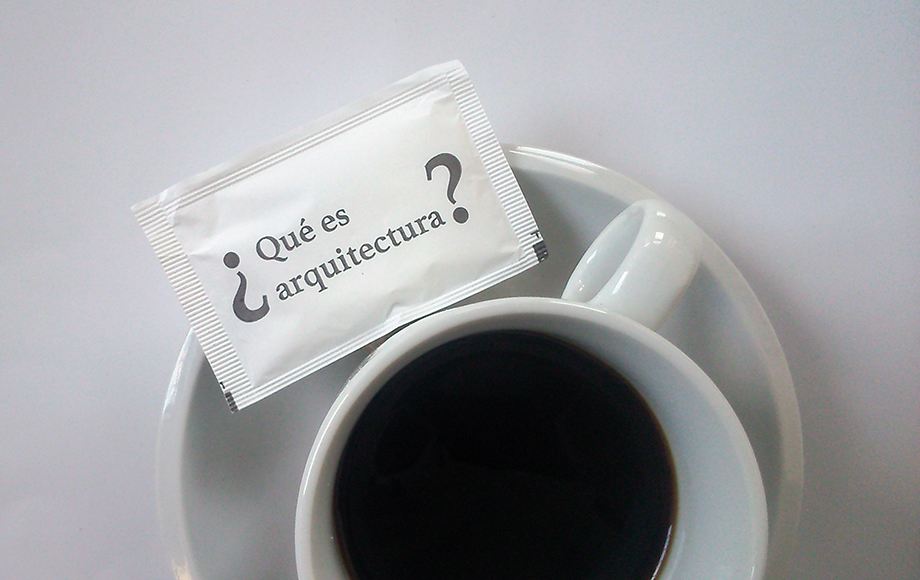 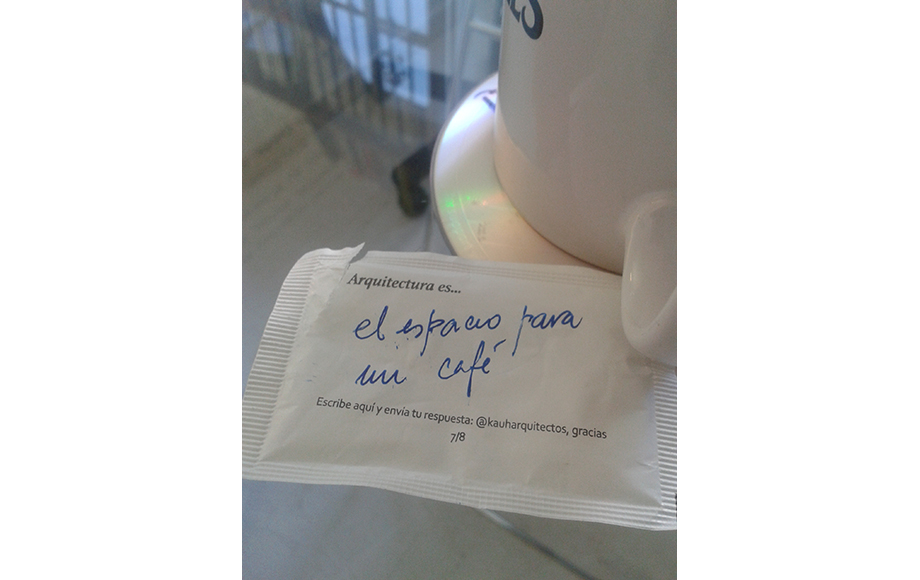 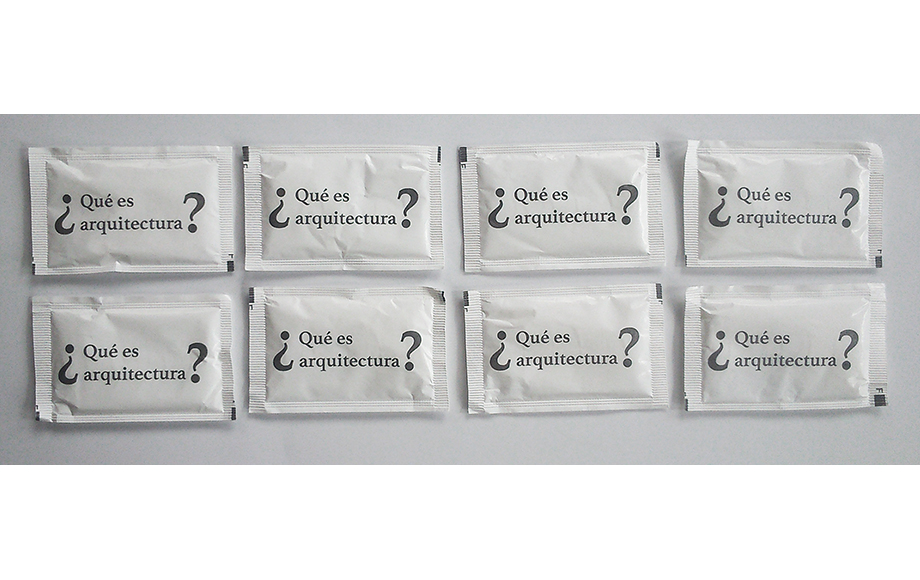 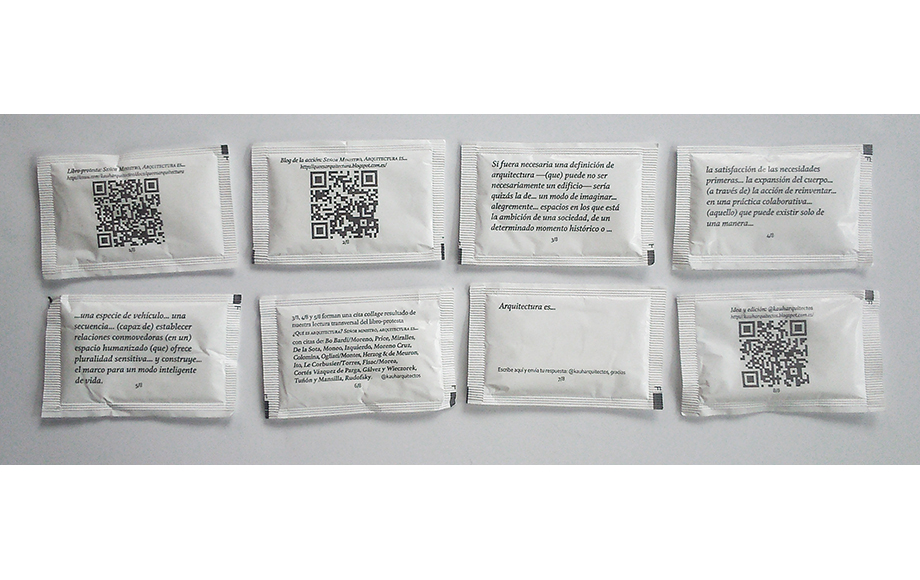 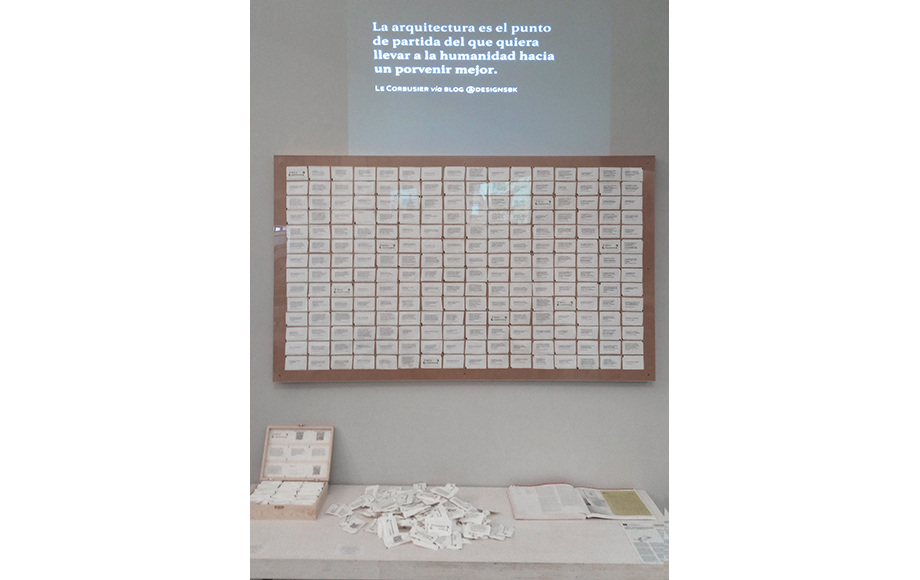 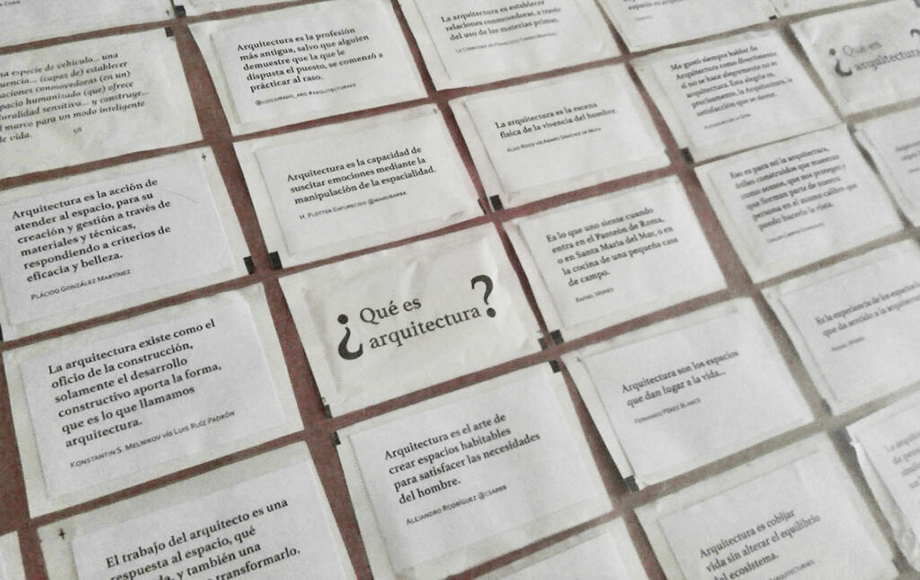 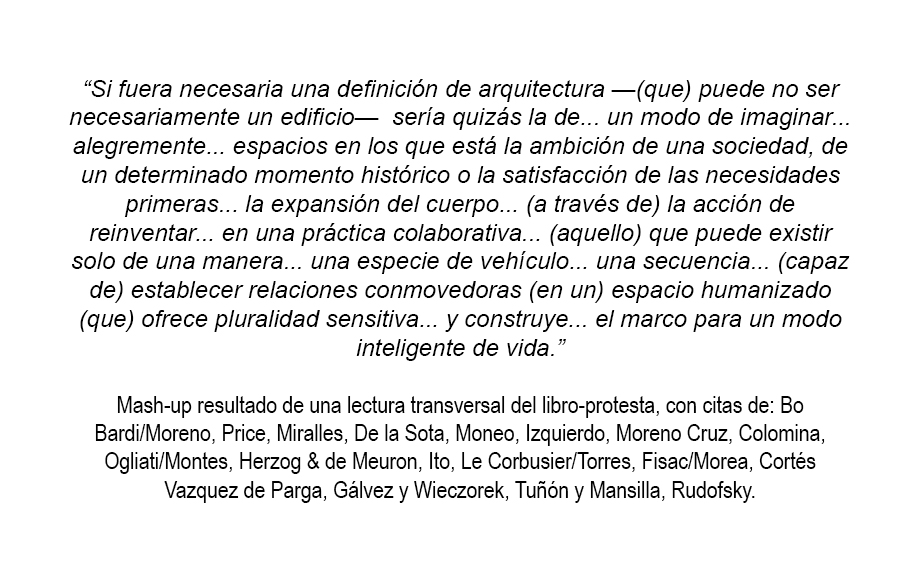 This action came about after the announcement of a new law regulating professional services which, despite radically changing the professional framework of architects, did not mention the word architecture at all. The action gathered definitions of architecture and compiled them to submit them to the Economy Minister of the Spanish Government in order for him to study them, reconsider and withdraw the proposed legislation. Participation was open to anyone who wanted to respond to the question “What is architecture?” through different social media, and the answers received were published daily in a blog and gathered in protest-book. The project became a collective gathering of data, the result of which gave a broad view of what architecture is, how it has been defined throughout history and, most importantly, how its definition is approached nowadays. A total of 275 definitions were submitted, contributed by 86  participants, and 106 authors were quoted. All of this became part of a protest-book.

The protest-book follows the format of a log; it is organized by days replicating the blog, showing the definitions by categories. Three copies of the book were printed, and one was delivered in person to the registry of the Ministry in Madrid. The Professional Services Law was dropped. And we never received an answer from the minister.

Later, beyond the political action, work focused on the spreading of the definitions. The book turned into sugar packets with quotes with the goal of becoming a tool of popular and massive dissemination as well as an excuse to talk about architecture over a cup of coffee. The digital version of the book has been used by professors as teaching material. All in all, this action was self-commissioned and self-financed from the beginning to the end.

Authors of the action

Authors of the book