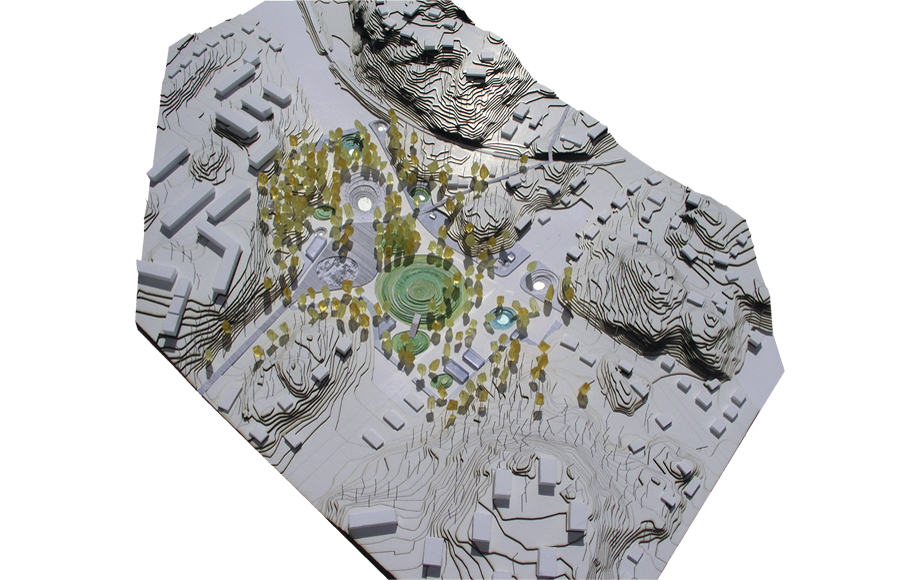 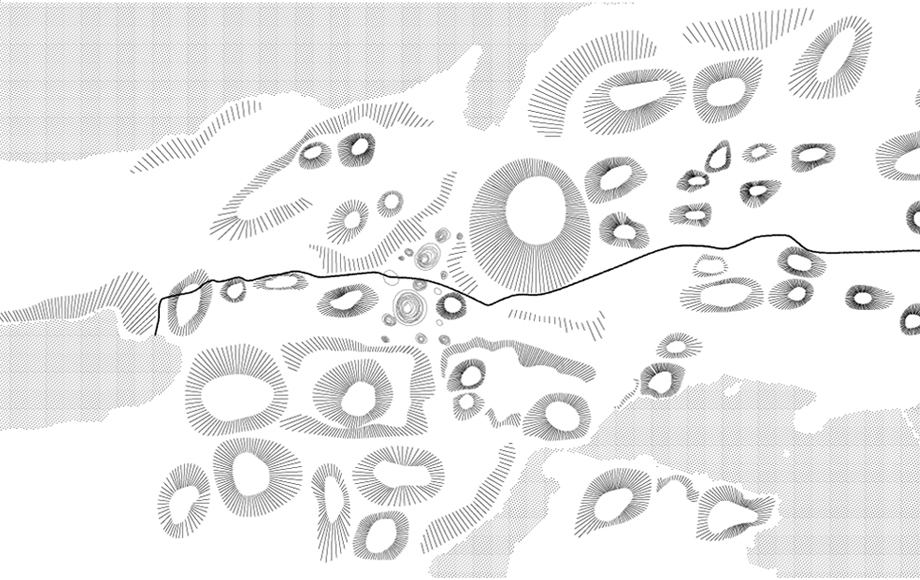 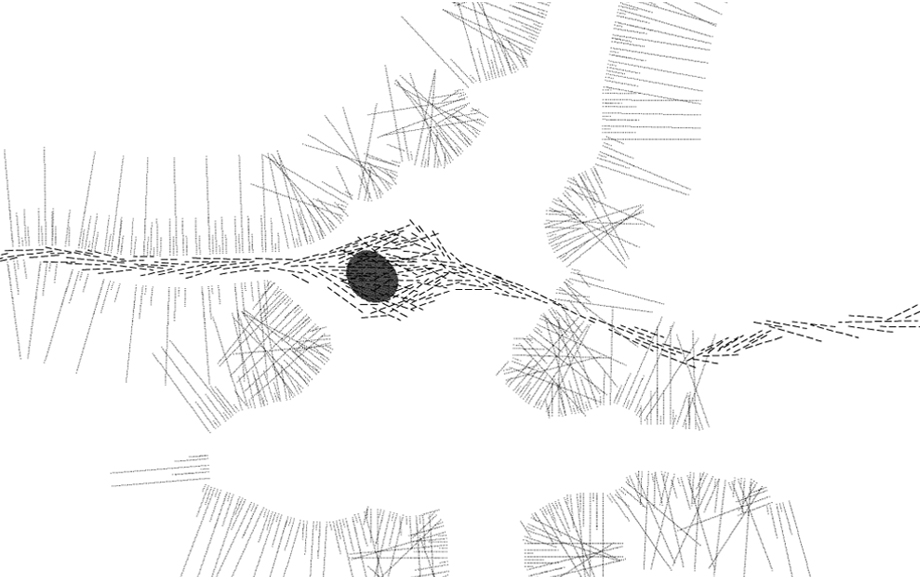 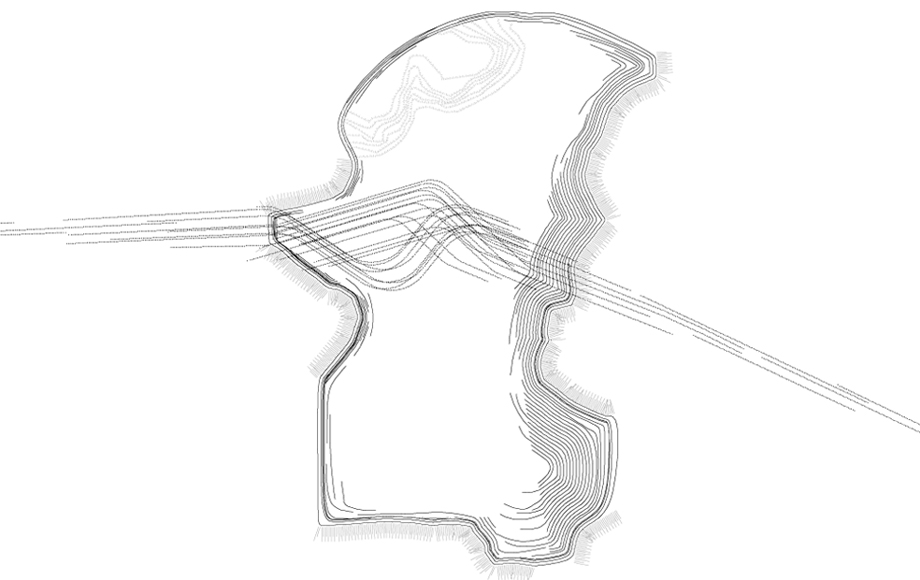 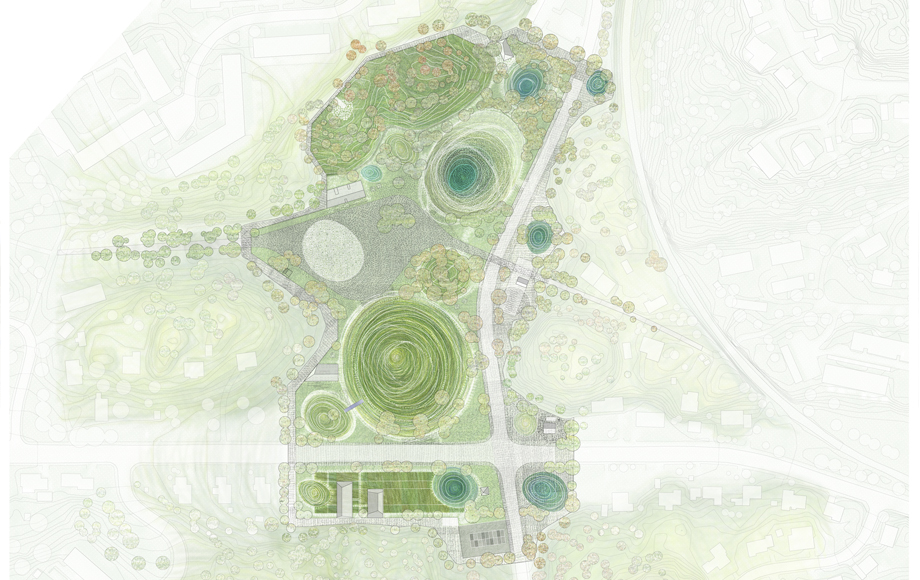 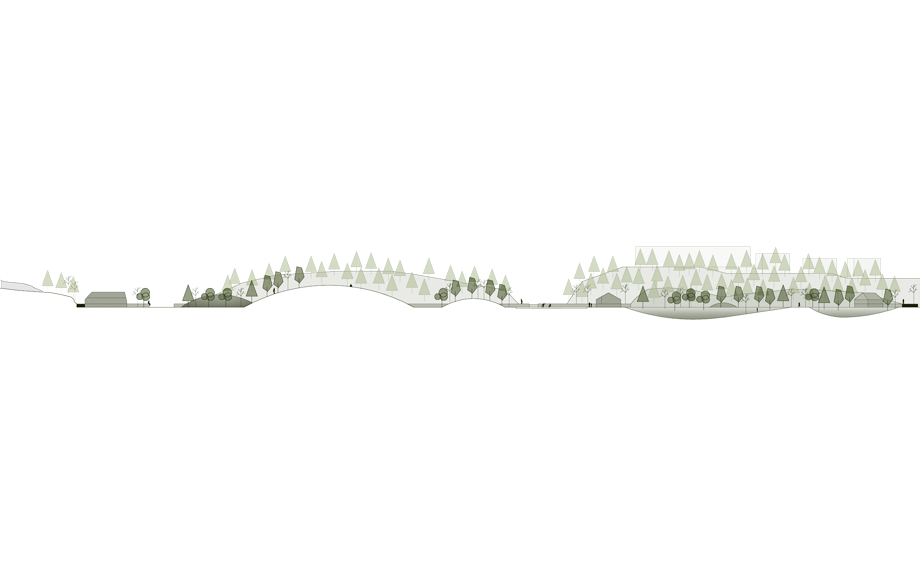 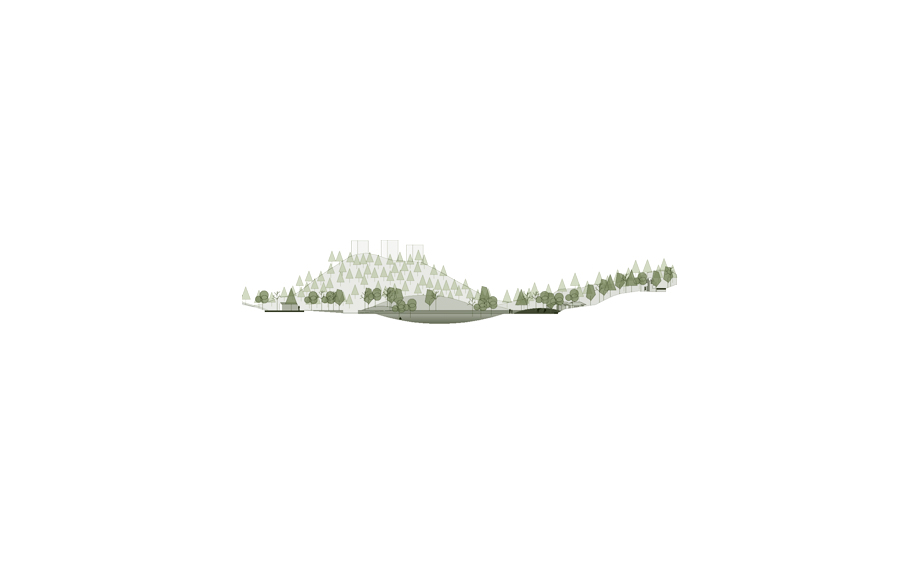 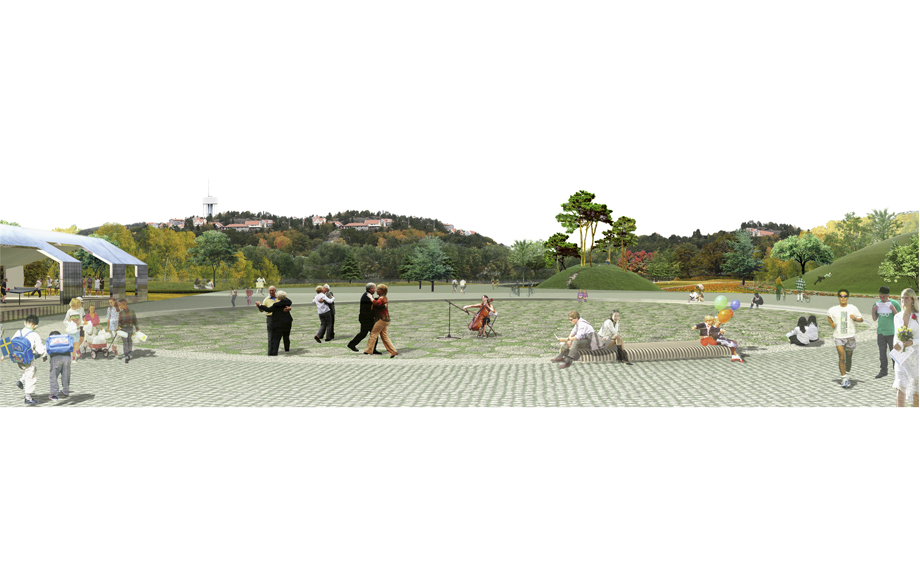 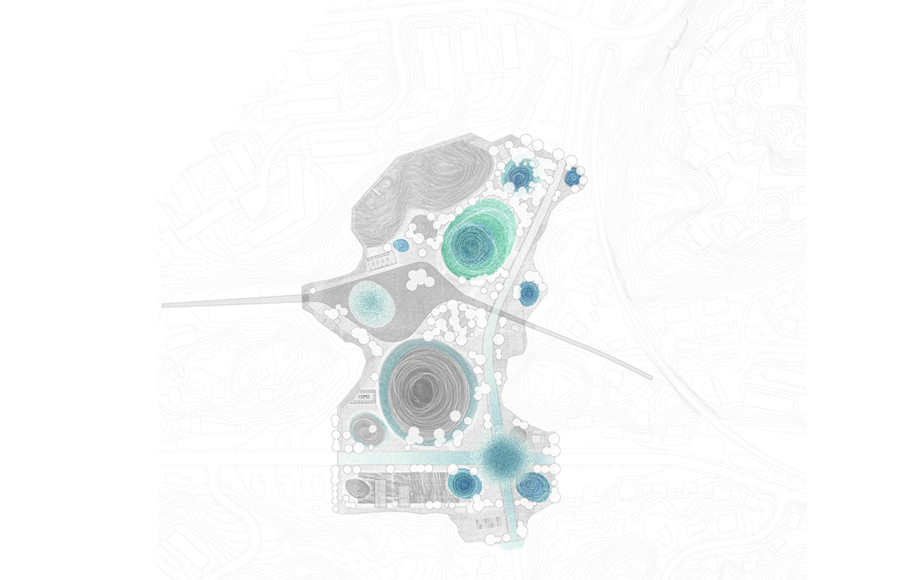 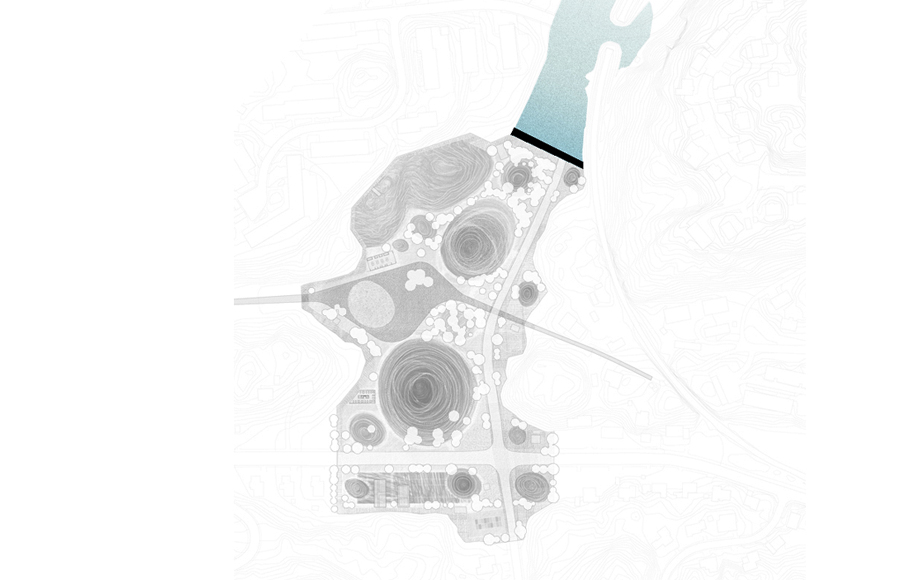 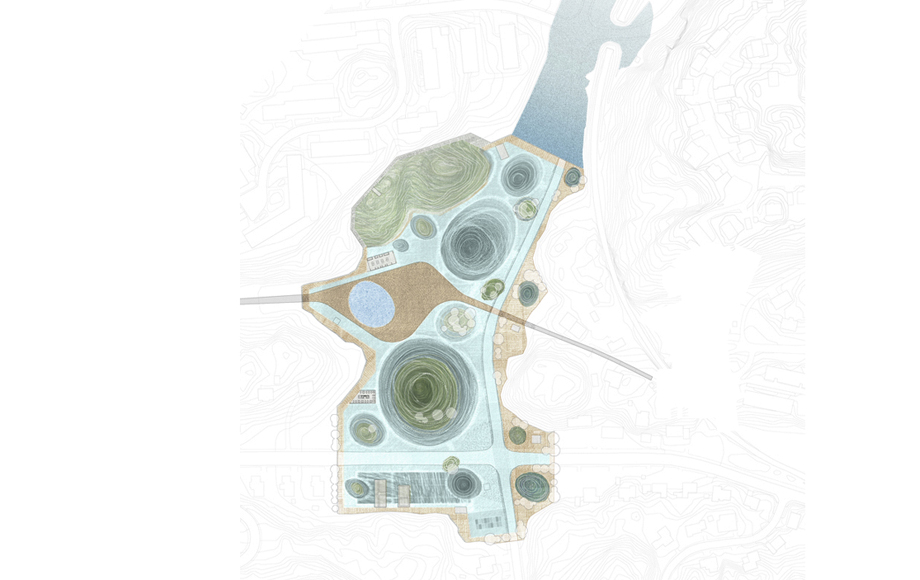 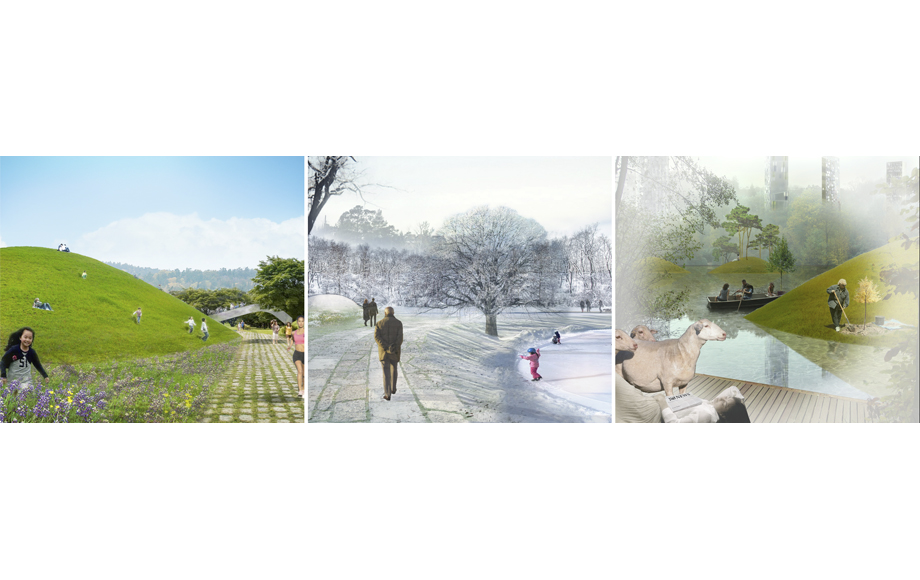 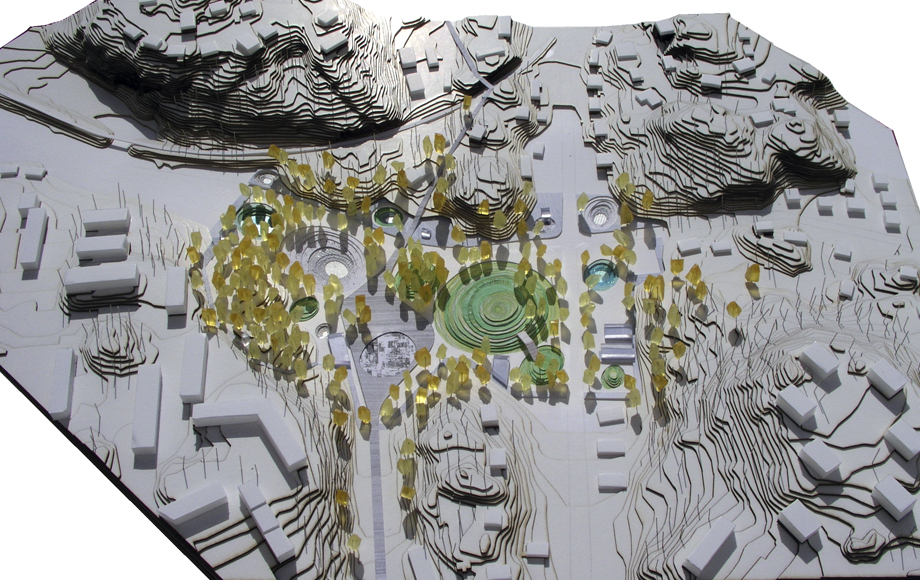 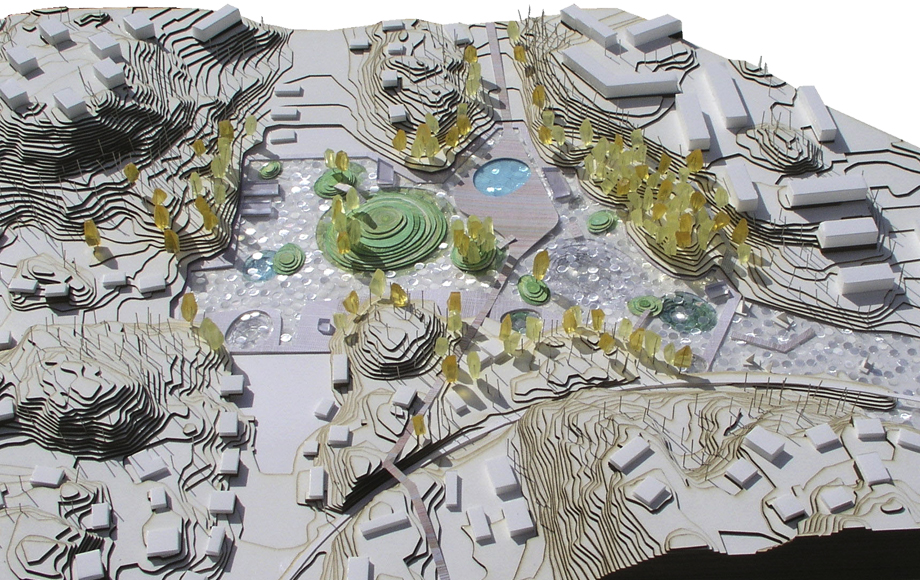 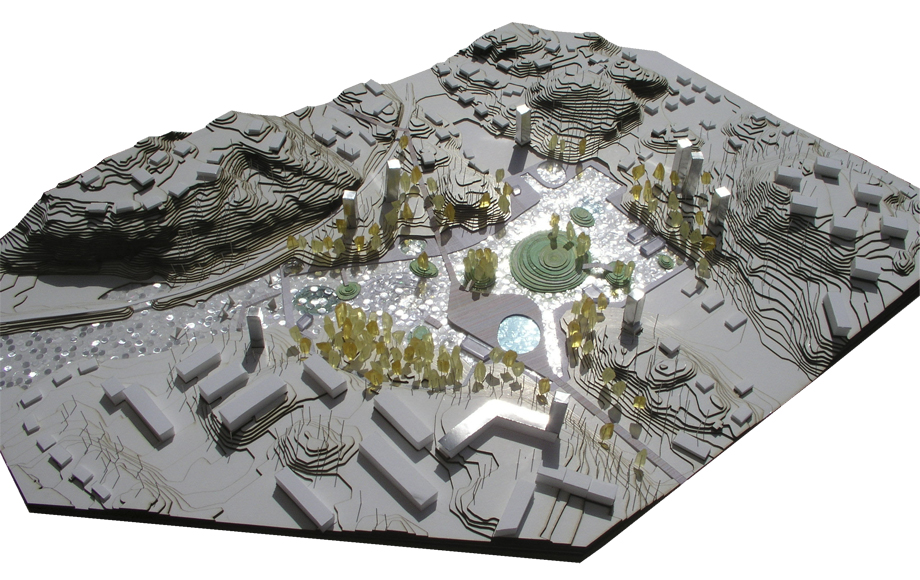 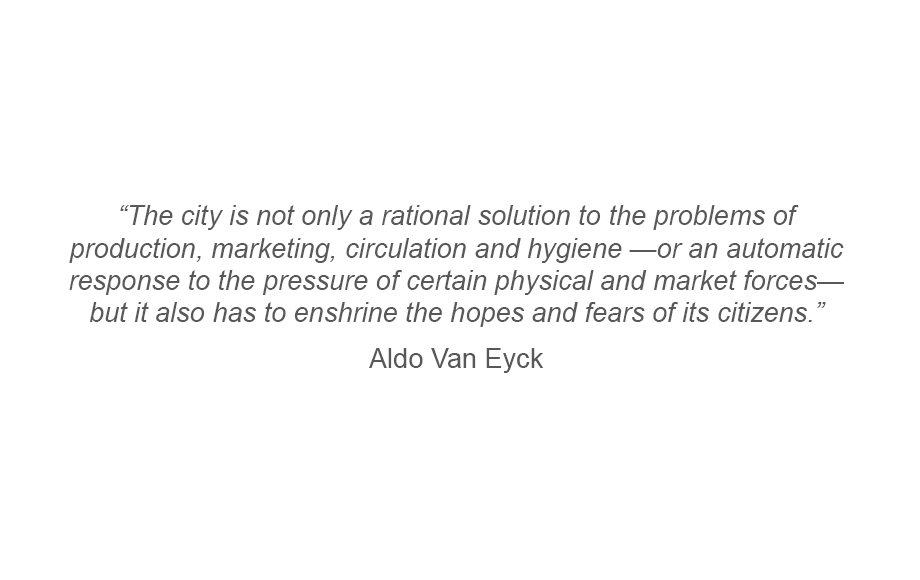 How to design a park in an area that is prone to flooding and that in the near future will probably be permanently covered with water with the rise of sea levels?

In a founding act, we delineate the edge of the area so that the border becomes a structural and spatial element in itself. As a transitional symbolic, programatic and spatial element between the town and the new park, it also establishes a future flood control perimeter at an adequate height above the flooding level.

The site is shaped into an agreeable topography of mounds and bowls that intertwine in continuity with large, flatter open spaces, all of which evokes a world of possibilities while staying in tune with the scale of the park. This topography is conceived as the set of infrastructural interventions deemed necessary to control and enhance the presence of water in the area, be it the sporadic floods of the present or when the presence of water becomes permanent. The bowls and hills, in their different shapes, natural materials, locations and functions, retain, guide and filter sporadic flood water so as to incorporate it into the park in the form of ponds and reservoirs that can take up different formal and programmatic functions.

Once fully flooded, the park will become a lake riddled with islands, bridges and aquatic activities. Surrounding it a boardwalk will accommodate urban functions; the trees that have grown over the years and won’t survive the rise of the waters will continue their productive lives as materials used for its construction. At the center of the park, what used to be a square will become a floating public space with a bathing area: the plaza turned swimming pool thus remains as the public space’s emotional point of reference for the community.

Europan 11 The Life of The Park