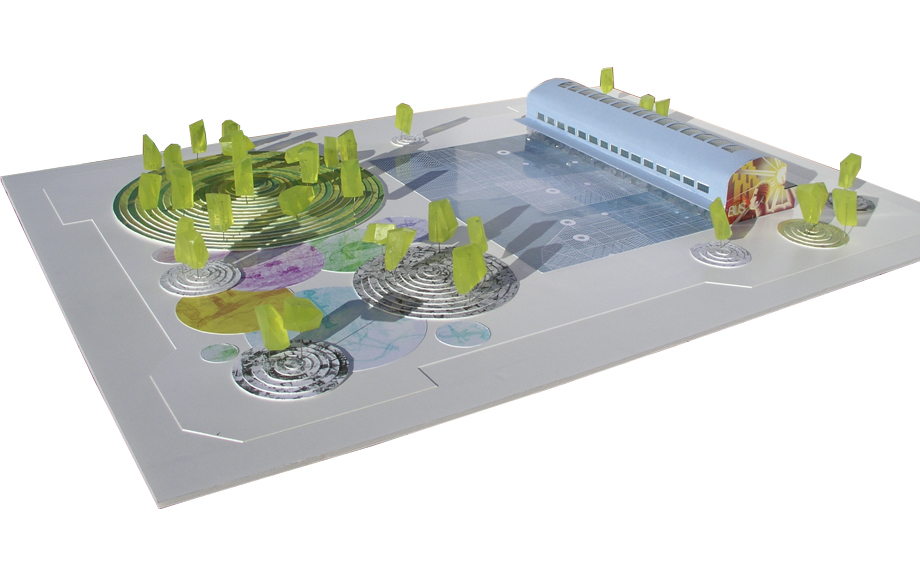 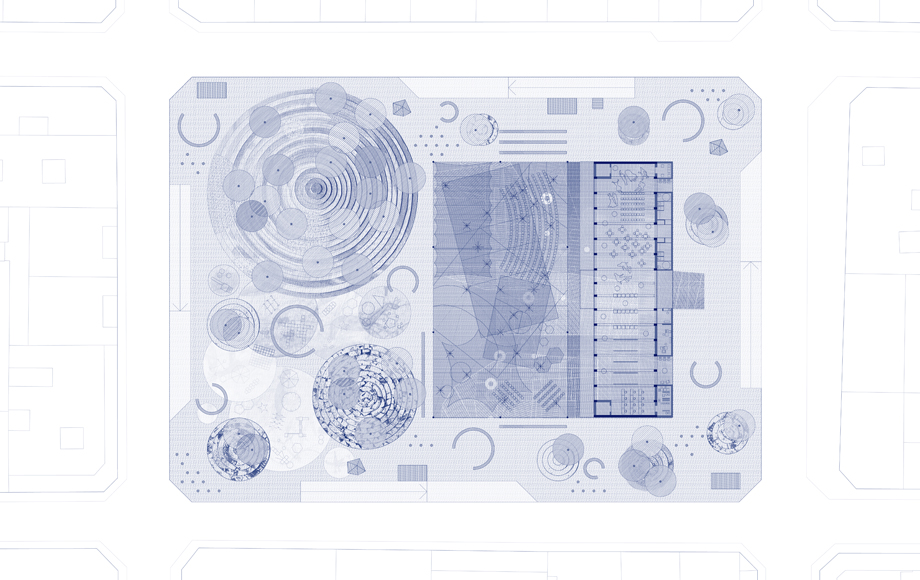 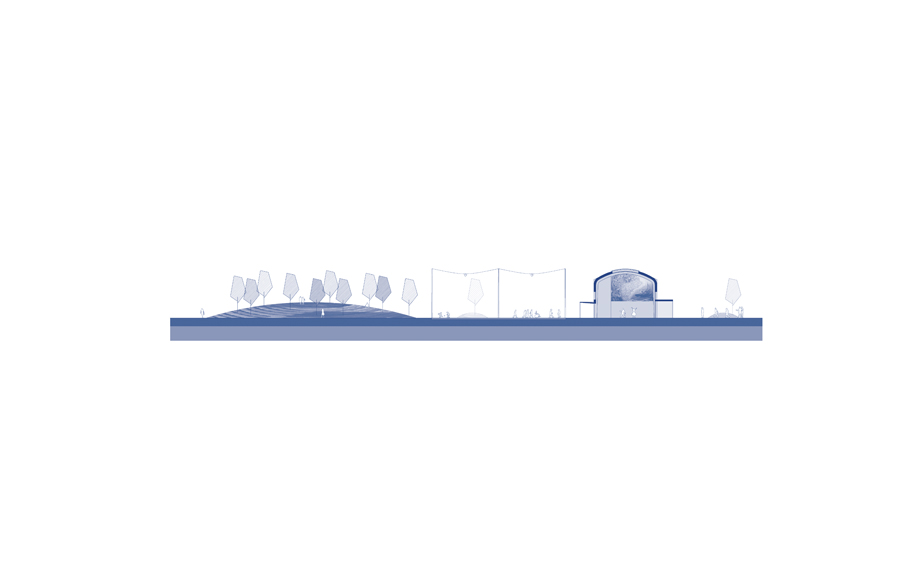 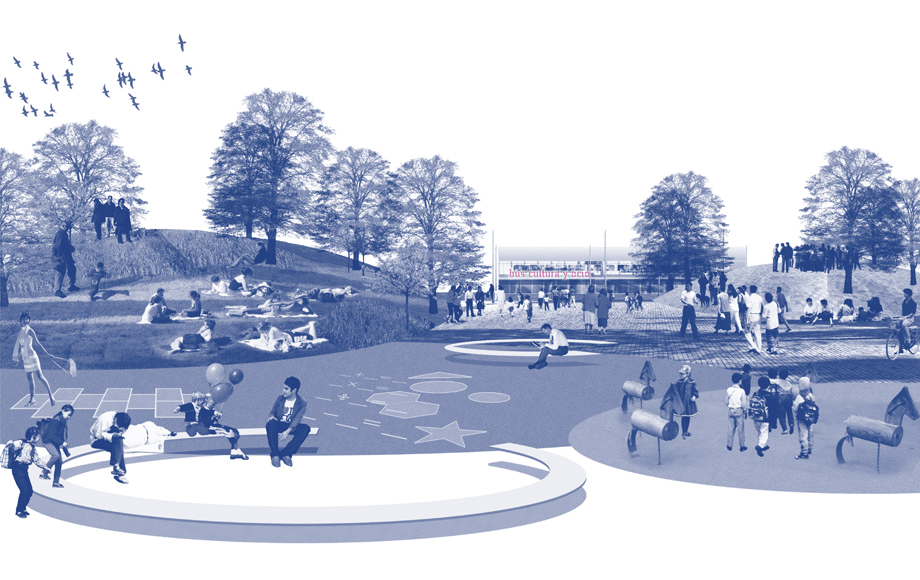 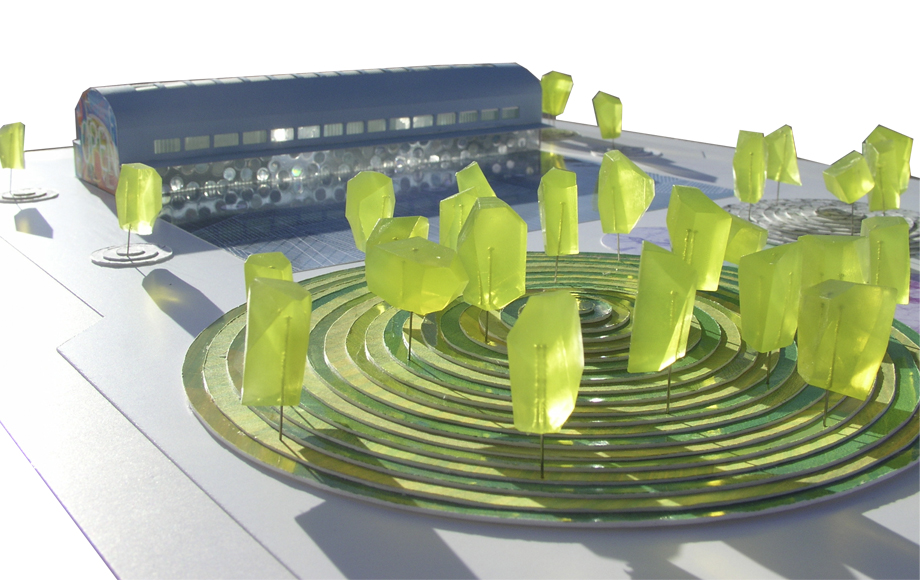 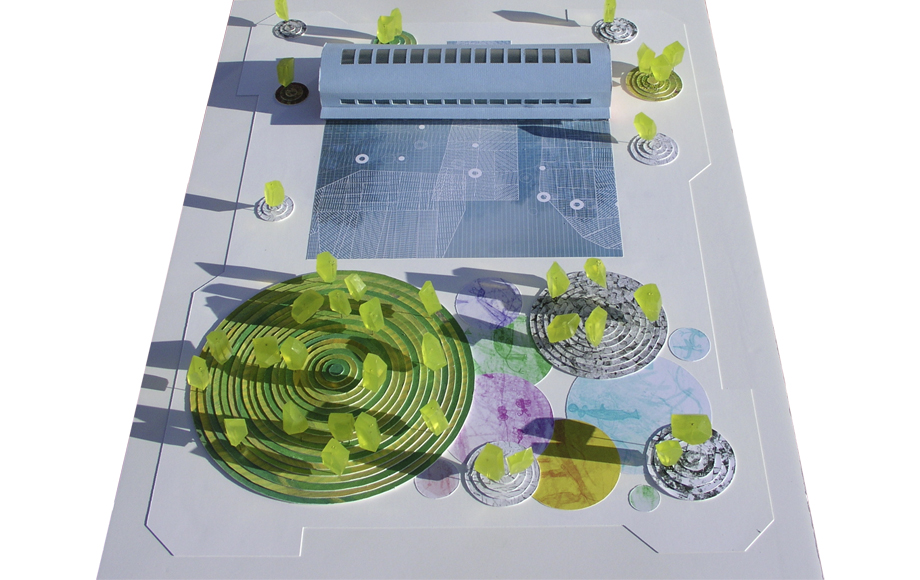 The new Seneca Square is presented as a public infrastructure for meeting, representation, events, leisure, play, culture, celebration and time out, and is built by the recycling of the diverse materials that make up the place, including both tangible and intangible elements from its social and cultural heritage.

A hybrid between a square and a park is proposed that integrates soft, forested rolling hills (some landscaped, some paved), a series of recreational spaces for intergenerational interaction and a forum for outdoor events which is a natural extension of the indoor space of the restored hall of the bus station. The architecture of this hall is maintained and re-programmed: its historic role as the interface between Alicante, its province and the rest of the world —depicted in the murals by Gastón Castelló Bravo— is updated to turn it into the new civic centre BUS (Spanish acronym for Urban and Social Bustle).

In the search for material balance, the debris from the buildings that today occupy the site as well as part of the soil from the excavation of the future underground parking, are used to give shape to a set of hills, thus enabling the growth of larger trees throughout the space. Because of their morphology and layout, the group of hills amplifies the spatial experience of the place, provides the square with a unique identity and confers a soft nature to this distinctly urban space.