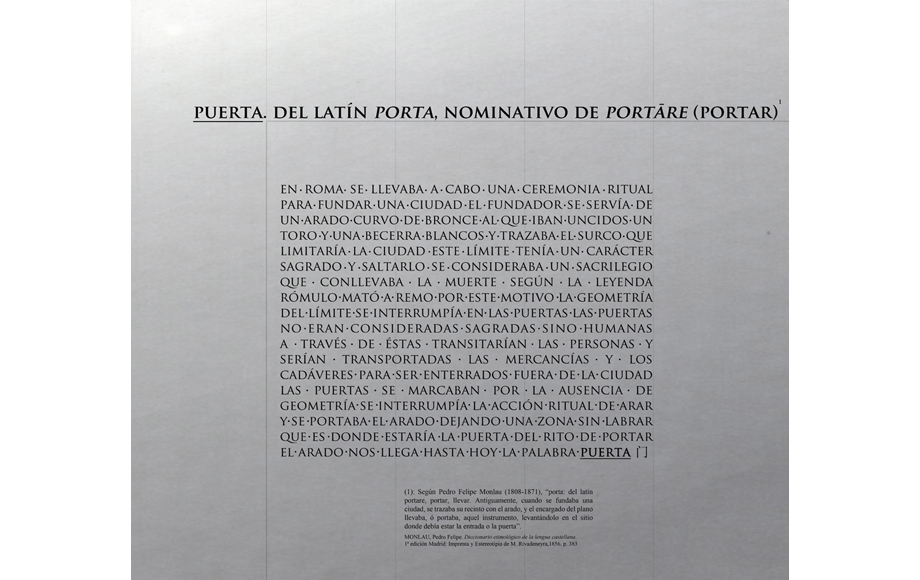 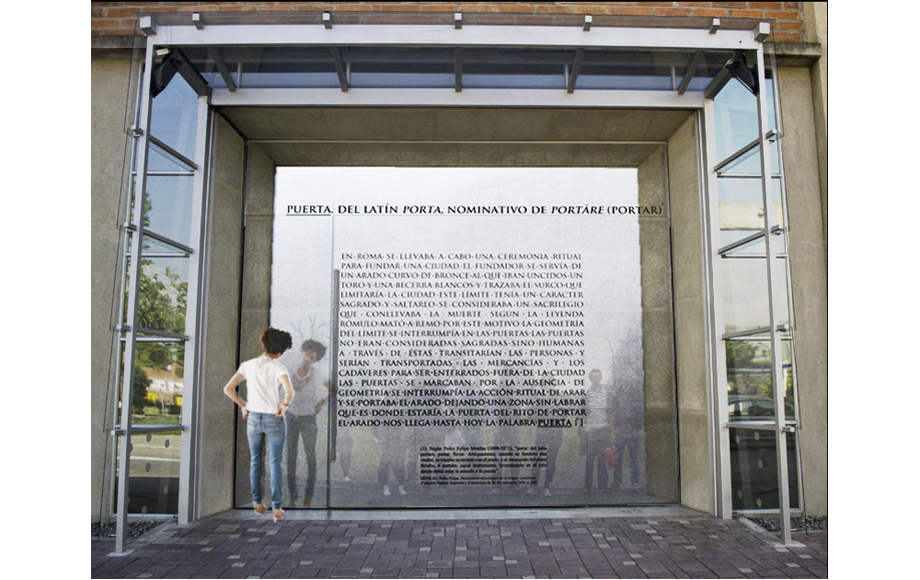 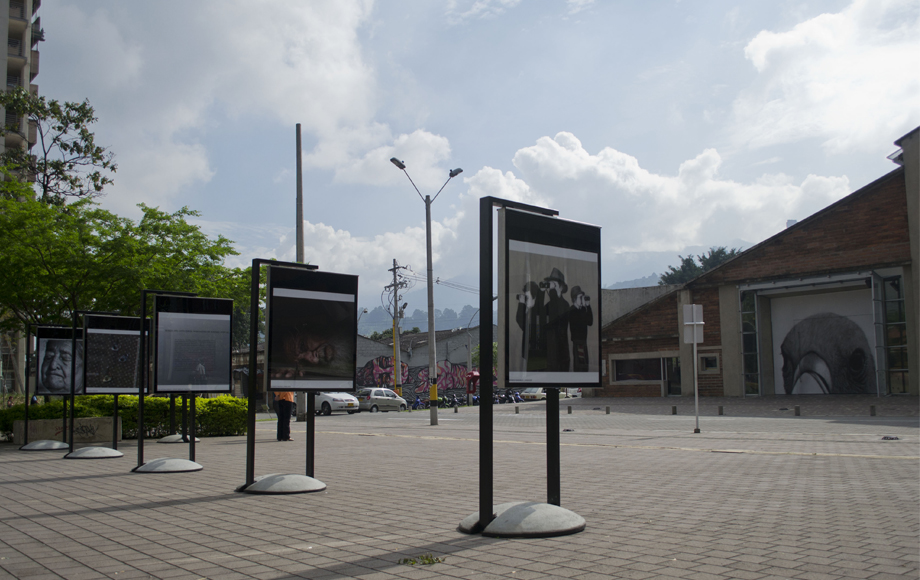 The notion of limit, understood as restriction, is a quintessential aspect of architecture. Architecture is mostly about enclosing places and organizing spaces, to control property regimes and people, distribute functions or envelope atmospheres for different programs. Doors play a crucial role in this process, as key players in the rules of space. Nevertheless, they can also be understood as escape mechanisms, albeit cruel ones. Escape because, as the origin of the word in Latin implies*, doors are an exception in the formal rigidity of the limits of a space; they are voids, absences of matter through which to transit. Their cruelty lies in the fact that they are a mere illusion of freedom; doors are immediately equipped with mechanisms to open and close them, along with other elements of control, therefore reaffirming the boundary they are part of.

Our idea was to make the door upon which we had to intervene a space that could show what it was in itself, while questioning its own meaning. To do so, we turned to the etymology of the word (in Spanish) and composed a large scale, commemorative label that described the mythological origin of the term, printing the result on a reflective surface to produce a mirage in which the door de-materializes, thus blurring the limit it constructs. In the process, the mirrored spectators become a transient part of the intervention.

*Puerta in Spanish, from Latin “portare” to bear, to lift the plow to mark the place where a city gate should go in the process of plowing the trench to outline the city walls in the Roman empire at the time of its foundation.